A short piece on why I love history - and why you should too!

A conversation at work about our favourite school subjects led to me, naturally, enthusiastically declaring my love for history. My colleagues were in general agreement that they too had enjoyed history at school, but had not necessarily loved it. Too narrow, they said. Why did we have to learn about the Liberal government’s welfare reforms in the early 20th century? Who cares about Weimar Germany? Where was the glamour, the action, the irresistible storyline, in Jethro Tull’s agricultural revolution? 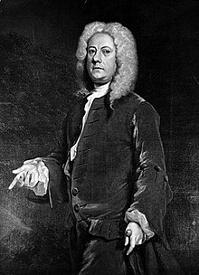 I resisted the urge to say that all those subjects are interesting, in their own way. But the wider conversation got me thinking – why do I love history so much? I had never really thought about it because it has always been natural to me - history was always my favourite subject at school, and something I loved learning about outside of school. But what is it about history that still draws me in? It sounds like a simple question, yet it is so difficult to answer.

I suppose the first place to start is in the name itself – history. Derived from the Greek word ‘historia’, which roughly means the act of inquiring, it shares its roots with the word ‘story.’ Therein lies reason number one for loving history; it is, in a sense, a collection of personal and societal stories that have interwoven and shaped the world we live in today. These individual stories are often exciting, and there are so many intriguing characters and sensational plot lines throughout history that it can sometimes feel like a TV show. It is no coincidence that so many successful films and TV shows have been based on real historical events; indeed, it is commonly accepted the entire Game of Thrones saga was loosely based on the Wars of the Roses, a very real era that was full of scarcely believable figures – greedy, lustful, treacherous and occasionally brilliant men and women – all vying for the throne of England. History is interesting, dramatic, full of action.

Characters in history can be fun, but they are also useful for understanding the lot of certain groups in society throughout the ages. Read about the life of Eleanor of Aquitaine, or Queen Matilda, or even the two Margarets of the Wars of the Roses (Anjou and Beaufort), and we gain an understanding of the situation women found themselves in in the middle ages – difficult, their lives often defined by their relationships with the men around them, but able to exert considerable power if they could dictate those relationships on their terms. Boudicca is another interesting example, as we learn from her story that women commanded a large degree of respect in Celtic Britain, but that she was still undermined by male violence and misogyny. Of course, the important caveat here is that these are all examples of women of high birth, and the opportunity for common women to exert such power was virtually non-existent. But then perhaps the same could generally be said of men who were not born into nobility. In any case, the point still stands – the stories of individuals can help us learn about the lot of groups they belonged to.

A third, perhaps more personal, reason for my love of history is a simple fascination with the way people lived in the past. I constantly find myself looking at videos or photographs from over 100 years ago (I’m not pretending I’m the coolest person on earth) and being genuinely fascinated by the people I see. What was their story? What brought them into that image or video on that day? What did they do after that image or video was taken? It doesn’t sound academic, but simple curiosity is a completely valid reason for loving history – in fact, it is probably what attracted most of us to history in the first place. While paintings from the pre-photography age cannot give the same sense of realism and relatability as photographs, these eras can still be brought to life. In London alone, there are numerous roads and buildings that have stood for centuries, and it does not require a huge leap of imagination to picture a scene from hundreds of years ago, with normal people scurrying around, with people to meet and places to be. Venture to Pudding Lane and you can imagine the scene one evening in 1666 as the Farynor family escaped their bakery, unaware that the fire in their dwellings was to rage for days and destroy most of the city. Nearby, the Tower of London has witnessed some of history’s most famous figures parting company with their heads. Of course, London is only one example – all across Britain, across Europe, across the world, there exists remarkable pieces of history. Ever visited the temples at Angkor Wat in Cambodia, and imagined the mysterious rulers who presided over them? Ever walked the streets of Pompeii and imagined the hustle and bustle of a wealthy Roman city? Real people, with thoughts and hopes and emotions just like ours, walked those very streets on their way to work, to watch sporting events or meet their friends for a drink. Just like us.

Perhaps a more academic reason for loving history is the way it allows our world to be put into context. The most obvious example of this has come in recent times, with the turbulent politics we have seen in the western world over the past few years having led to constant historical comparisons, with the 1930s in particular. Whether you think these comparisons are merited or not, it is important that we are able to make them, to contextualise our world and learn lessons from the past. Incidentally, I personally happen to believe that the slide towards populism and nativism in the past decade would have been even more stark were it not for people being wary of what happened all those years ago. Though people like me see history as a past time, it also has a vital role to play in our understanding of where we are and where we are going. History matters. Don’t let people tell you otherwise.

These are just a few reasons for my love of history, and I’m sure anyone reading this could add to my short list with a whole range of reasons. History is so wide-ranging and all-encompassing that it can mean different things to different people. To me, it is fast, exciting, intensely interesting – and constantly evolving. This may sound morbid, but despite the agony of the current pandemic it is not lost on me that we are witnessing history first hand. What will our descendants think of us and the way we dealt with it? It is a question any history lover will ponder.