Michael Malloy - The Irishman Who Would Not Die

Was Michael Malloy the toughest man who ever lived? Discover the story of the alcoholic Irishman who was blissfully unaware that a whole gang of men were trying to kill him

On a warm afternoon in July 1932, three New Yorkers cooked up a scheme to make themselves rich. Running a speakeasy in the last year of the prohibition on alcohol in the US, one of them had noticed an Irishman who would regularly visit his bar, drink himself silly and pass out. That afternoon, he and his accomplices observed the man, slouched over his glass and mumbling to himself. He looked old, sick and tired, and it seemed as if he was not far from dying. How hard could it be to give him a little help along the way? With two more accomplices, they took out several life insurance policies on him, plied him with free booze and waited for him to pass. But he would not go so easily – every morning he was back, cheerfully ordering another drink as he settled in for the day. Before long the gang were becoming increasingly desperate, trying to poison him and even running him over with a car, but the insatiable Irishman simply would not die. He rose every morning and carried on as normal, like a cartoon character who keeps accidentally surviving attempts on their life, blissfully unaware that they are the target of a terrible plot.

The man was an immigrant named Michael Malloy, whose resistance to the murder attempts earned him nicknames such as ‘Iron Mike’ and ‘The Rasputin of the Bronx.’ He was eventually killed by the gang, but the plot had long since lost its guile. Their frustration had got the better of them and by the end it seemed as if they were more concerned with finally killing their man than they were with getting away with it. Swiftly arrested, four of them would be sent to the electric chair, where they would not cheat death in the way their victim had done.

Michael Malloy was born in County Donegal, in the north-west of Ireland, probably in the 1870s. By the early 1920s he had emigrated to New York, where he worked as a firefighter for a while, but by the end of the decade he was homeless and alcoholic. He frequented the speakeasies – venues that served illegal alcohol during prohibition – in the Bronx and by 1932 was a regular in one that was run by 27-year-old Tony Marino.

As told by Harry Brent, Marino had an eye for quick money-making schemes. Already raking in a considerable income from his alcohol operation, earlier that year he had befriended a woman named Mabelle Carson and convinced her to sign a $2,000 life insurance policy that named him as the beneficiary. On a freezing night soon after, he had got her blind drunk, soaked a mattress with icy water and left her lying naked on the mattress by an open window. She died overnight and no questions were asked as Marino picked up his money, leaving him to wonder – how many times could I get away with that? 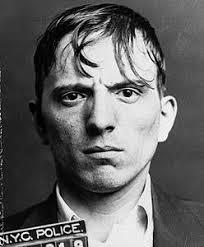 Karen Abbott describes that it was in July 1932 that he decided Michael Malloy would be his next target. Standing at the bar with his friends, 24-year-old Francis Pasqua and 29-year-old Daniel Kreisberg, Marino gestured at Malloy and complained that he owed him money. If he can’t pay his debts, Pasqua suggested, couldn’t you do to him what you did to Mabelle Carson? Marino paused, before agreeing that it would be a nice little earner. 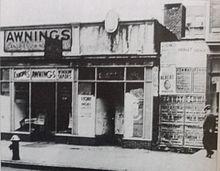 The Outside of Tony Marino's Bar (wikipedia)

That December, the men presented Malloy with some papers that they said would help get Marino elected to local office, and promised to provide him with free drink for the next few days in return. The thrilled Malloy was unaware that the papers he signed were actually life insurance policies that named Marino, Pasqua, Kreisberg and their friend, Joe Murphy, as the beneficiaries in the case of his accidental death. The men stood to gain $3,500 (over $50,000 in today’s money) between them.

For the next three days, Malloy was given all the drink he wanted, free of charge, and the gang were sure that it would tip him over the edge. But on the fourth morning, to their shock and annoyance, Malloy breezed back into the bar and ordered some more drink. One has to wonder what Malloy was thinking – how exactly had he gone from being in debt to the bar to being best pals with the landlord and having drinks on the house? But Malloy didn’t consider how suspicious it was: all he cared about was the free booze. As far as he was concerned, he’d already died and gone to heaven.

The gang gets desperate

As the trend continued into the new year, Marino was growing impatient and petulantly suggested it would be easier to shoot Malloy in the head. But, not wanting to attract any attention from the authorities, Joe Murphy instead suggested that they start replacing Malloy’s normal drink with wood alcohol. Wood alcohol could cause death even in small quantities and, in an era when it was not uncommon for people to die from poor quality illegal alcohol, Murphy figured that no foul play would be suspected. The gang agreed to go ahead with the plan and served Malloy with wood alcohol one afternoon, but their target just kept knocking the drinks back and ordering more, carrying on into the next day and the day after. Astonished, the gang were forced to think again. 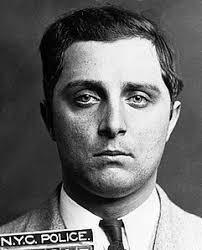 This time, Pasqua conceived a plan to feed Malloy rotten sardine sandwiches and raw oysters to compliment the wood alcohol, knowing that the mix of oysters and hard spirits would poison him. When this did not work, they filled Malloy’s sandwiches with broken glass and metal, but still the Irishman simply devoured the sandwiches, washed them down with wood alcohol and happily sat there asking for more.

After this, the men decided that nothing Malloy consumed was going to kill him. The next plan was to carry a passed out Malloy into the freezing January night, cover him with icy water and wait for him to die of exposure. But when the sun rose the next morning, there was Malloy, waiting outside the door for another drink.

February was now around the corner, which meant the gang would have to pay another monthly instalment towards the insurance plans. Hoping to get him before then, they let another friend of theirs, 23-year-old Hershey Green, in on the plan and promised him a cut of $150 to run Malloy over with his car. One afternoon, Pasqua and Murphy held a drunk Malloy upright in a side road while Green raced towards them. Just before Green reached the men, Pasqua and Murphy jumped out of the way and got up to see if the deed had finally been done. Unbelievably, the man who had been too drunk to stand just a few seconds previously had managed to jump out of the way as well. The men immediately repeated the process, but Malloy managed to jump out of the way again. It was a case of third time lucky for the gang as Green finally hit Malloy at 45 miles an hour, but the noise alerted some passers by and the men were not able to make sure he was dead. For a few weeks they heard nothing from the Irishman and were busy trying to find which morgue his body was in so they could collect their money, but they were absolutely stunned in mid-February when a heavily bandaged Michael Malloy turned up at the bar declaring that he was desperate for a drink. He had no memory of the incident.

Getting more than they bargained for

By now the murder plot was not even going to make the gang a profit – they had already spent too much money on paying for the insurance plan, on buying wood alcohol and on giving Malloy free booze, and any money they did receive was going to have to be split five ways. Still, Malloy’s ability to cheat death had infuriated them, and he was going to have to die if only so they could salvage some pride from the whole venture. On the night of 21st February 1933, the gang waited for Malloy to pass out and carried him to a rented room near the bar, where they finally killed him by sticking a gas pipe down his throat. They then paid off a coroner to list his cause of death as pneumonia and set about collecting the insurance money.

Francis Pasqua collected $800 from the first insurance company, but was shocked when an employee at the second company asked to see the body. Pasqua sheepishly replied that the body had already been buried, which aroused enough suspicion to get the police involved. The New York police had been hearing rumours about ‘Iron Mike’ for the previous few weeks and swiftly added the story up, exhuming Malloy’s body for proper testing. The tests showed that Malloy had been murdered, and Marino, Pasqua, Kriesberg, Murphy and Green were all arrested. They were dubbed ‘The Murder Trust’ by a fascinated press.

Hershey Green was convicted of the attempted murder of Michael Malloy and sentenced to a minimum of 10 years in prison. The other four men, who all pointed the figure at each other during their trial, were each convicted of murder and sentenced to death. Marino, Pasqua and Kriesberg were all executed in the electric chair on the same day, 7th June 1934. All three of them were married, while Marino and Kriesberg were both fathers to young children. Joe Murphy was executed by the same method the following month.

Not much is known about Michael Malloy. Nothing is known about his family, his exact age when he died is not known, and he would have just been another anonymous alcoholic in New York if it hadn’t been for a murder plot against him and his bizarre ability to survive it. All that is known about him is that he used to be a fireman, he was very fond of a drink, and he absolutely earned his nickname, ‘Iron Mike.’

'The man who wouldn't die', article  by Karen Abbott, published by smithsonianmag.com (2012)

'The incredible story of 'durable' Mike Malloy - a Donegal man living in New York who simply refused to die', article by Harry Brent, published by The Irish Post (2019)