Henry Winstanley and the Lighthouse at Eddystone

A colourful inventor was so proud of his lighthouse in the English Channel that he vowed to spend the night there. He was never seen again 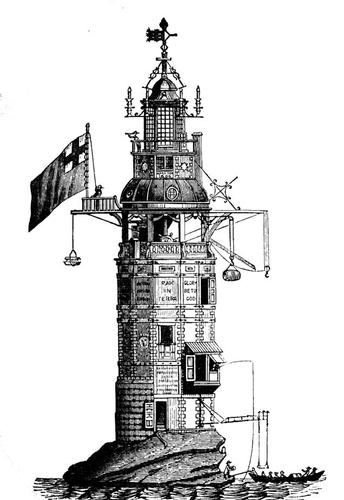 On the morning of Saturday 28th November 1703, a group of ships gathered near the Eddystone rocks, about 12 miles off the coast of Plymouth, after a night of ferocious winds. North-western Europe had been battered by terrible weather for the previous two weeks, and the relative calm that Saturday morning was only a brief reprieve from what would become known as the ‘Great Storm’ of 1703. The ships had gathered to collect Henry Winstanley, an eccentric engineer who had designed the lighthouse on the rocks and insisted that there was no safer building in England. He had spent the night there to prove his point, but by the morning there was no trace of him or his lighthouse.

Who was Henry Winstanley?

Henry Winstanley was a man of many professions; a jack of all trades, master of none. Born in Essex in 1644, he made a living as a painter and engraver before becoming known as an inventor of bizarre contraptions. In his home he installed inventions of his such as chairs that moved when you sat on them, and even charged people to enter and have a look for themselves. In the 1680s, he expanded his horizons and opened a museum in London’s Piccadilly where customers marvelled at his strange fountains and firework machines. 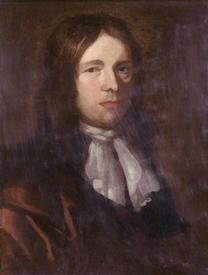 This was an age of increasing scientific knowledge in England, an age where Isaac Newton and Edmund Halley where making names for themselves, and Winstanley’s ambition and flamboyance perfectly encapsulated the era. With his taste for fine clothes and a perpetual glint in his brown eyes, he was always working on a new project or exhibiting his work to a fascinated public.

Why did he want to build a lighthouse at Eddystone?

The Eddystone rocks are a collection of rocks that lie off the south-west coast of England and that were notorious for wrecking ships and claiming the lives of many sailors. This was brought onto Winstanley’s radar in the 1690s, when a ship he had bought was wrecked by the rocks. When a second ship he owned met the same fate in 1695, he decided something ought to be done. The following year, he strode into the Admiralty in London with plans for a lighthouse on the rocks. The authorities needed some convincing to back the project given its complexity – the rocks are totally uninhabitable, and they can nearly go underwater at high tide – but they were won over by Winstanley’s energy and confidence that his aim was achievable.

A sketch of Winstanley's lighthouse

Work started in July 1696, but the project ran into trouble immediately when Winstanley was kidnapped by roaming French pirates while supervising the digging of the foundation. He went straight back to work once the British government negotiated his release, and the tower was complete by 1698 – a 90ft, wooden structure that had 60 candles installed in a lantern to warn passing ships about the rocks. However, Winstanley observed that the structure creaked during high winds and that it could be invisible to passing ships if the waves were big enough. Never one to shirk from a challenge, he completely redesigned the structure, re-enforcing the walls and increasing its height to 130ft. He even installed a luxurious state room at the top, and gleefully told anyone who would listen that he would happily spend a night there during the ‘greatest storm that ever was.’

That opportunity would be afforded to him quicker than he thought. The most ferocious storm ever recorded on the British Isles hit in late 1703, with winds hitting 118 miles per hour, buildings across England ruined and scores of people dying both at sea and on land. Modern analysis shows it was likely a hurricane that had blown across the Atlantic from the Caribbean, but as far as people knew at the time it was just an incredibly severe storm. The writer Daniel Defoe recorded the event in his book The Storm, in which he described fish being blown out of the water in the ponds of St. James’ park in London, humans and farm animals being tossed about in the sky and 8,000 people dying (the true figure is thought to be as high as 15,000 people).

As the winds whipped up into a frenzy in November, Henry Winstanley eagerly waited on the coast for a chance to venture out and see how his lighthouse had handled the test. On Friday 27th November, the winds slackened enough for him to be able to make the journey, and he was absolutely thrilled to sea that his lighthouse was still standing, unmolested by the extreme weather. He proudly told the accompanying party that he would spend the night in the lighthouse, and they should come back for him in the morning. It was the last time he was ever seen.

That night, the winds picked up and blew even stronger than they had been before, and the following morning all traces of the lighthouse and its creator had disappeared.

Not dying in vain

Winstanley may have been gone, but his idea lived on. For all his eccentricity, the lighthouse he developed had been incredibly effective - no shipwrecks were recorded in the area during the five years it was operational, a phenomenal feat given the area’s previous notoriety.

Work on a replacement lighthouse began a few years later, but this structure was destroyed by a catastrophic fire in December 1755. This story was interesting in itself; the lighthouse keeper, Henry Hall, was 94 years old and battled valiantly despite the molten lead that had poured down his throat as he looked up at the building. Rescued after the event, he lived for 12 more days before finally succumbing to his injuries. The lighthouse that replaced this one used concrete, but cracks started to appear in the 1870s.

The lighthouse that stands at Eddystone today was built in 1882, a sombre Victorian structure that has none of the flair that Winstanley would have favoured. Still, sailors who pass the rocks today can do so safely, all because of an eccentric Stuart inventor and his whacky idea to build a lighthouse on a rock. 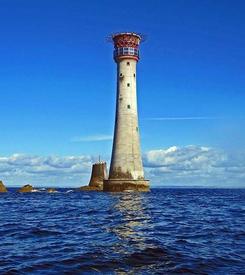 The current Eddystone lighthouse. Just visible in this picture is the stump of the lighthouse that was constructed in the 1750s.

Image one - The Cornwall Guide