Henry Wainwright and the Murder of Harriet Lane

Henry Wainwright had a successful business and a family. He also had a terrible secret... 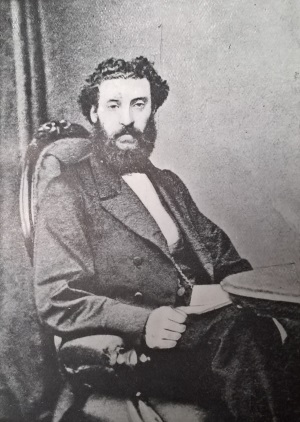 Alfred Stokes squinted in the London sunshine as he made sure that Henry Wainwright had turned the corner at the end of the road. It was Saturday, 11th September 1875, and Stokes was nervous. Wainwright, who had once employed him in his shop, had asked him to keep an eye on some parcels while he hailed a cab, and initially Stokes thought of the errand as nothing more than an easy earner before he met his friends that evening. But two things about the parcels had shaken his calm. The first thing was their weight – he had almost fallen over when Wainwright had handed him one to carry. The second, and more important, thing was their awful stench; a reeking, putrid smell that was only made worse by the late summer heat. What on earth was in these parcels? It was a question that the curious young man intended to answer for himself once his former employer was out of sight.

Confident that Wainwright was gone, he slowly opened a parcel. Recoiling from the stench that blasted out from it as it was opened, he steadied himself and peered inside. What he saw made him recoil again. It was a human head.

Henry Wainwright had murdered his mistress, Harriet Lane, exactly one year earlier, and was now attempting a belated disposal of her body. To the outside world he had appeared an upstanding family man, a devoted husband and father and successful shopkeeper. But this idyllic Victorian middle-class existence had only been a façade. Wainwright was an adulterer who accumulated serious debt trying to maintain his double life, and turned to murder as a way of solving his financial woes. 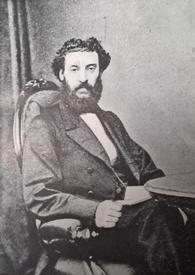 Who can blame Harriet Lane for falling for this upstanding Victorian man? (Royal College of Surgeons)

Henry Wainwright was born in 1838 to a brush-making family in London’s east end. By the 1870s he had forged a career in his family’s trade and had even managed to open his own brush-making shop in Whitechapel. For all intents and purposes, Wainwright seemed to be living the type of life that Victorian Britain applauded – his shop provided him with a modest but healthy income, and he had four children with his wife, Elizabeth. What more could a Victorian man want? 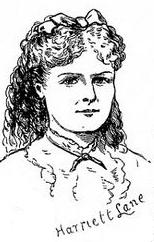 Harriet Lane worked in a theatre near Whitechapel (theeastend.com)

Well, if your name was Henry Wainwright, a lot more. In 1871 he met Harriet Lane, a 20-year-old local girl who was working nearby. Wainwright was absolutely infatuated with her beauty and wit, and made it his mission to sweep her off her feet. This he did, and before long he had sired two children with her and was paying for his illegitimate family to stay at a house in Mile End. As already outlined, his income was respectable and could provide a comfortable living for one family, but it wasn’t enough to pay for two families. Wainwright was quickly falling into debt and was in over his head. To make matters worse, Harriet was drifting towards alcoholism and would berate him when she was drunk, demanding he leave his wife and live with her. Henry needed to be rid of Harriet one way or the other, and he quietly came to the conclusion that it would be quite convenient for him if she simply vanished.

In the first week of September 1874, Wainwright told Harriet Lane the words she had been waiting three years to hear – he was intent on leaving his wife and living with her. He told her to meet him the following Friday, and tell anyone who asked that she was off to meet a man named ‘Mr Frieake’, so as to not let any word get back to his wife. So it was that on Friday, 11th September 1874, Harriet Lane left her dwelling in Mile End and set off for Whitechapel. She was spotted by a friend at around 4pm, to whom she repeated the story about meeting ‘Mr Frieake’. She was never heard from again.

Shots were heard from Wainwright’s workshop, but no enquires were made that evening. Instead, he was able to bury his victim in a shallow grave without being disturbed. Some days later, friends of Harriet asked Wainwright if he had seen her, but he told them the same story of her having gone to see a ‘Mr Frieake.’ Harriet’s family and friends received letters soon after, signed by ‘Edward Frieake’ and claiming that he and Harriet had gone to live in Paris. Of course, the letters had been written by none other than Henry Wainwright.

Perhaps surprisingly, this appeared to be the end of the story. No one enquired any more about Harriet Lane, and Wainwright arranged for his illegitimate children to be placed in the care of their neighbour, who had often looked after them even when Harriet had been around. Henry Wainwright had literally got away with murder – but it was a murder that had not achieved its desired effect. As the one-year anniversary of his grim deed approached, Wainwright was still drowning in the debt he had accumulated through his years of paying for a second family. In desperation, he decided he would move to Essex and sell the workshop near his store – but first he would have to properly dispose of the chilling secret that lay just below its floor.

On the morning of Saturday, 11th September 1875, exactly one year after he murdered Harriet Lane, Henry Wainwright fetched his younger brother, Thomas. Thomas was curious about why his brother seemed so frantic, but his curiosity turned to horror when Henry told him why he needed his help –to dispose of the body of a woman he had killed. Henry swore Thomas to secrecy, and the two men began the awful task of retrieving Harriet’s decomposing body, cutting it into pieces and placing the pieces in parcels.

By the late afternoon, Harriet Lane’s chopped up body had been placed into several parcels. All that remained was for them to be discarded somewhere else, possibly outside of the city. Thomas had left the workshop by now and Henry asked a former employee of his, Alfred Stokes, to mind the parcels while he fetched a cab. It was at this point that Stokes discovered Harriet Lane’s mutilated body.

Stokes kept his cool when Wainwright returned, helping him load the cab and seeing him off. But immediately after he gave chase, begging passing policemen to stop the cab. After being ignored by at least two policemen, he finally found one who believed him near London Bridge. As the policeman halted Wainwright’s cab and ordered him to hand over a parcel, Wainwright desperately offered him a bribe if he would let him go (clearly forgetting the financial situation that had led to him making this journey in the first place). The policeman was unimpressed, and duly found the decomposing body of Harriet Lane. Wainwright was arrested on the spot.

Henry Wainwright was many things; a criminal mastermind he was not. Standing trial at the Old Bailey in October 1875, he launched the preposterous defence that he had been given the parcels by an unidentified man in a pub and had no idea what was in them. His lawyer also suggested that the body was too badly decomposed to be identified as Harriet Lane (perhaps there was some truth to this in an era before DNA analysis, but Harriet’s family swore they recognised certain marks on the body). In any case, the jury swiftly found Henry Wainwright guilty of murder and he was sentenced to death. His brother, Thomas Wainwright, was sentenced to seven years in prison for being an accessory to murder.

If there was some small mercy for Henry Wainwright, it was that he did not have to face an unruly crowd as he met his death. Public executions had been scrapped in Britain just a few years previously, so at exactly 8 o’clock on the morning of 21st December 1875, he was led out into the yard of Newgate Gaol in front of a small group of people. A newspaper report from the time details that he was calm and stoic when he walked out into the chilly morning, but that when the hood was placed over his head his breathing became heavy and frantic. The noose went round his neck, the trapdoor opened, and his panicked breathing stopped.

PODCAST - The podcast version of this story is available on apple and spotify!