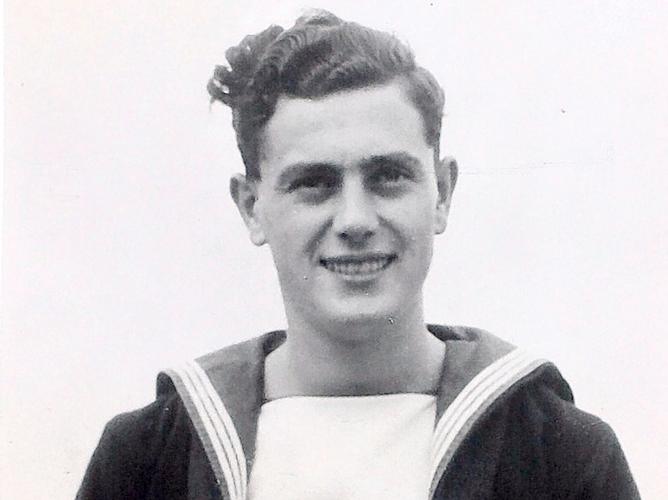 The code-breakers at Bletchley Park during the Second World War are rightly praised today as heroes. Their skill and dedication in breaking German codes, which had been formulated using the mysterious enigma machine, allowed Britain to better understand German military plans and is thought to have shortened the war by two years. Despite the disgraceful slandering of one of the main code breakers, Alan Turing, for being gay, he and his (mostly female) colleagues have been recognised for their work, and numerous books and films have been made about them.

Much less is known about the two young British sailors who gave their lives to capture the German enigma codes. When a German submarine was sinking in the Mediterranean, they clambered aboard without hesitation and retrieved every bit of important information they could find, passing them up to a colleague who handed them to a British navy captain, but were unable to escape their iron coffin as it slipped beneath the waves. As they sank to the bottom of the sea with no hope of escape, they could not have known that the papers they had retrieved contained priceless information on how to interpret the messages coming through German enigma machines. Tony Fasson and Colin Grazier, both in their twenties when they died, are not as revered as the code-breaking geniuses they helped, but their sacrifice was every bit as important in defeating Nazi Germany.

Mark Thornton was an odd man. Tall, and with a muscular build, he was physically imposing and revelled in his ability to intimidate people, making him well suited to the job of commanding a British navy ship, HMS Petard, during the Second World War. Hugh Sebag-Montefiore describes how he was supremely eccentric, terrorising his men with regular drills and bizarre punishments for those who could not complete them, and regularly interrupting dinner with his officers to make strange declarations about the war and his desire to fight the German enemy. He was, quite understandably, obsessed with keeping a look out for German submarines and could regularly be found on watch duty himself, leading impressively by example. What was less impressive was his pelting of men with various objects, including plates and teacups, if he did not think they were sufficiently concentrating. Whether he was a psychopathic bully or a stereotypical eccentric Englishman, or perhaps somewhere in between, his conduct ensured the men aboard his ship were desperate to keep him happy, which perhaps could go some way to explain the heroic actions of three men in particular in late 1942.

First, some context. Since the outbreak of war in 1939, Britain had been struggling to understand the messages they intercepted between German military personnel. This was because the Germans were using a new machine, the enigma machine, which jumbled messages into gibberish and required another machine on the receiving end to de-code them. The struggle to understand the plans and location references being sent between the Germans was having fatal consequences, especially at sea where German submarines were sailing undetected, sinking vital supply ships and slipping away with little chance of being found.  Things began to turn around in early 1941, after the capture of several German ships with vital information on board allowed Alan Turing and his colleagues at Bletchley Park to de-code the messages and have a better understanding of German plans. British military and shipping losses fell dramatically as a result – so dramatically, that the Germans suspected their codes had been broken and added another dimension to their machines. Through 1942 British losses shot up again, and Bletchley Park was left in a desperate race to crack the new code.

All this was to change on 30th October 1942. It was a clear day in the south-eastern Mediterranean, and if the commander of German submarine U-559, Hans Heidtmann, had been as intensely focused on his job as Captain Mark Thornton, he would have easily spotted the approaching British aeroplane and ordered his vessel below the water before the pilots could see them. But Heidtmann, for whatever reason, was distracted. He only noticed the plane when he could hear its engines, and it was too late by the time he ordered an emergency dive beneath the surface. The submarine had been spotted, and the hunt was on. Within hours five British vessels, including Petard, were prowling the area and releasing depth charges, large explosive devices dropped into the water to cause violent shockwaves and damage submarines even without direct hits.

It was dark by the time the men aboard Petard heard the unmistakable noise of a submarine rising to the surface. U-559 had been sufficiently damaged for Heidtmann to give the order to scramble to the surface and abandon ship. The British ship turned on its search lights and they swooped the area, before finally settling on U-559 and some of her sailors gingerly emerging from the stricken vessel. Heidtmann had ordered his ship to be purposefully sunk, but as the Germans bobbed about in their lifeboats they were horrified to see that it was not sinking as fast as they wanted it to. 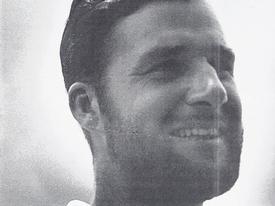 Tony Fasson was only 29 years old when he died (thehistorypress.co.uk) 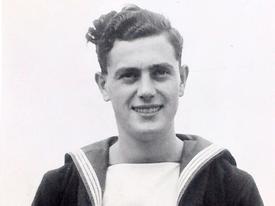 22-year-old Colin Grazier had only just got married (thehistorypress.co.uk)

It was at this moment that three British sailors leapt into the water. Accounts vary as to whether Thornton gave the order for them to do so, but in any case 29-year-old Tony Fasson, 22-year-old Colin Grazier and 16-year-old Tommy Brown, who had lied about his age to enlist, dived off their ship and swam towards the German submarine. Hugh Sebag-Montefiore summarises the accounts of what happened next. They clambered on board and climbed down into the body of the vessel. Brown later recalled that when they entered there was not a dangerous amount of water onboard, but that the level was steadily rising. Fasson and Grazier swiftly reached the officer’s compartments and helped themselves to every piece of paper they could find, passing them back to Brown and hoping that whatever they were retrieving was important. Brown briefly emerged back into the night to hand the papers to British sailors who had by now approached the submarine in their own lifeboat. His colleagues on the lifeboat and back on the ship were frantic, screaming that the submarine was about to sink at any minute and that all three men should abandon it instantly. Brown went back into the submarine to warn Fasson and Grazier, but Fasson merely responded by handing him more papers to take back with him. Brown emerged into the night again, and by now it was clear that the vessel was seconds away from going under. He screamed another warning to Fasson and Grazier and caught sight of them starting to climb the ladder to escape. It was the last time they were ever seen. Brown leapt into the sea, and the submarine succumbed to its fate.

The British soldiers on ship and lifeboat saw the submarine slip beneath the waves, and were left with an awful calm silence. They desperately screamed the names of their colleagues but only found young Tommy Brown’s head bobbing in the water. Brown was heaved onto the lifeboat and was asked whether he thought his colleagues had escaped. ‘No chance’, he replied grimly. Tony Fasson had only just written to his mother to complain about Captain Thornton and say how much he was looking forward to returning home. Colin Brazier had got married just two days before he set off on his final voyage. Two men had secured their status as heroes, but two families were broken forever. 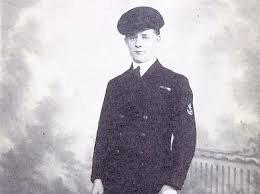 It feels wrong and distasteful to suggest that the deaths of two young men were ‘worth it’, but it is certain that the information they retrieved saved an untold number of lives in future years. What they had secured was vital information about the new German enigma codes, allowing Bletchley Park to crack it within months. The results of this are well known – countless British lives saved, and many other lives saved by virtue of the fact that the war was shortened significantly by their work. It was work made possible by Tommy Brown, the teenager who survived the war, and by the two men who were not fortunate enough to escape their iron coffin – Colin Grazier and Tony Fasson. They are condemned to a watery grave but should not be condemned to eternal anonymity.

‘The Boarding of U-559 changed the war – now both sides tell their story’, article by Hugh Sebag-Montefiore, published by The Guardian (2017)

‘The heroes of U-559: An Enigma mystery’, article published by nms.ac.uk (National Museums Scotland)

‘Who were the real Enigma heroes?’, article published by thehistorypress.co.uk