Discover the life and crimes of Richard 'Dick' Turpin - The most famous highwayman in English history. 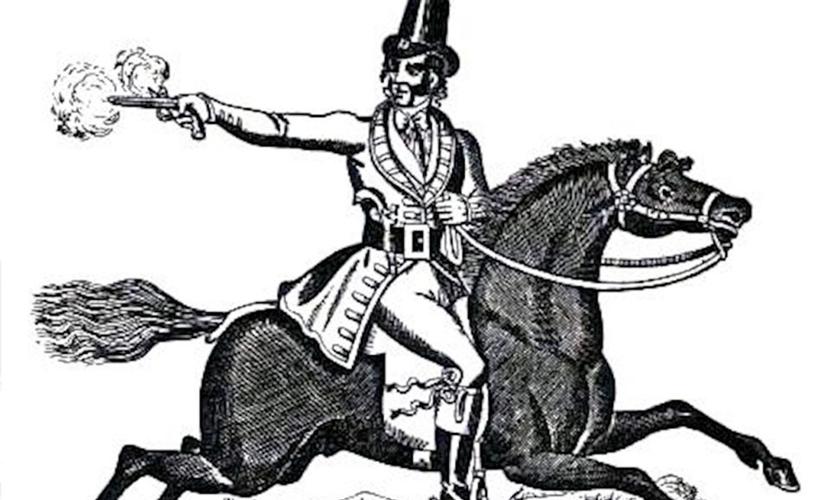 On the morning of 7th April 1739, a group of men were in conversation in the northern English city of York. One of the them stood out – he had an average build, with brown hair and a smallpox-ridden face, but was dressed in fine, expensive clothes. He also stood out because he had a noose around his neck.

After saying a last few words to his companions, he looked around, drew a breath and jumped to his death from the gallows he had been standing on.

The man was Richard ‘Dick’ Turpin, and he would go down as one of the most infamous highwaymen in English history. 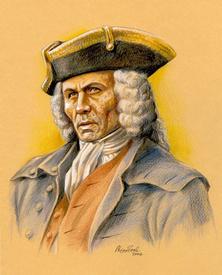 There has been a tendency to glamourise these men as semi-heroic figures who stalked the rural roads of Britain in the late 17th and early 18th centuries looking for wealthy victims to threaten and steal from. Though there is an element of truth to this perception, it should not apply to the thuggish Richard 'Dick' Turpin.

Dick Turpin, who had no qualms about stealing from the poorest people he came across and engaging in violence towards the most vulnerable. It should also not apply to him because for most of his criminal career he had not been a Highwayman at all.

Upbringing and the beginnings of a life of crime

Dick Turpin was born around 1705 in rural Essex, the son of John Turpin, a small farmer. John Turpin
was not wealthy but not especially poor either, and could afford to send his children to school
before sending Dick on to a Butcher’s apprenticeship in Whitechapel, which was at the time a small
village on the fringes of east London. After finishing his apprenticeship he opened a butcher’s shop,
and here began a small time criminal career which would escalate and lead him to the gallows in
1739. Finding himself short of stock he turned to stealing lamb and cattle - a crime punishable by
death at the time - but was eventually caught in the act and fled back to rural Essex to escape the
authorities. Turpin tried his hand at smuggling, but was no more talented at this than he had been at
stealing livestock, and was forced to hide in Epping forest as custom agents searched for him.

Whilst laying low, he became acquainted with brothers Jasper, Jeremy and Samuel Gregory and their gang
of deer-poachers. It is possible the gang initially enlisted Turpin as they required a professional
butcher to properly conceal and dispose of the deer they had poached, but before long they
progressed to robbing people and homes.

The gang would come to be known as the Essex gang or the Gregory gang, and comprised of nine
known members: Turpin, the Gregory brothers, Joseph Rose, Mary Brazier, John Jones, Thomas Rowden and John Wheeler. There may have been others involved in the gang, but these are the members known to have been associated with it during Turpin’s time with them. Through the early 1730s, Turpin joined them as they raped, pillaged and thieved their way through Essex, targeting isolated farm houses, inflicting
violence on their unsuspecting inhabitants and robbing people of their life savings with no regard for their financial circumstances. 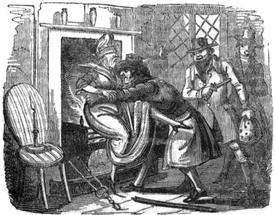 An example of one such attack came when the gang caught wind of local rumours that an old widow had Turpin and his cronies torture a victim saved £700 – a monumental sum of money in those days - and kept it in her house. When she refused to tell them where her money was hidden, Turpin is said to have hoisted her over her fireplace repeatedly until he gave up her treasure. In another attack, Turpin held a victim’s son at gunpoint until she told him where her savings were.

The gang’s exploits were regularly reported by the London Evening Post and caused outrage in the capital, and by 1735 the local authorities were in hot pursuit – even King George II offered a £50 reward for information leading to their capture. That year, two of the gang were finally captured by local constables and sent to the gallows, and the rest of them went into hiding. Turpin himself only narrowly avoided capture by escaping from a window.

Turpin fled back to the familiar surroundings of Epping Forest and laid low until he became
acquainted with another criminal – the highwayman Tom King. King was the daring, glamourous
character whose reputation would eventually become mixed up with that of the brutal Turpin. For
the next couple of years, the pair would hide in a cave in the forest and rob nearly everyone who
happened to pass them. The situation became so dire for travellers that many started carrying
weapons themselves, and another substantial reward was offered by the authorities for any help
with capturing the highwaymen.

On 4th May 1737, a gamekeeper known only as Morris tracked Turpin down to his forest lair and attempted to apprehend him. Unfortunately for Morris, Turpin managed to pull his gun first and killed him. Though Turpin had always been a brutal thug, he had never actually killed someone before, and this sudden graduation from thief to murderer perhaps goes some way to explaining why he was in a state of mind to attempt the brazen act of thievery that would lead to the downfall of his successful partnership with King.

Turpin was travelling to London one night when he passed a man named Major. Major was mounted
on a particularly fine horse and Turpin forced him to give it up, exchanging it for his own horse.
Major was not content with the swap though, and proceeded to hand out leaflets describing his
horse and his assailant in an effort to get it back. The horse was tracked down to a pub in
Whitechapel where Turpin had stabled it, and when Tom King came to collect it he was duly
arrested. Turpin was in the area, and upon realising what had happened rode to the aid of his
accomplice – perhaps emboldened by his recent killing of the gamekeeper Morris. However,
whatever shooting accuracy he had possessed on the 4th May had clearly deserted him, and the
volley of bullets he fired only killed King, rather than the constables who were holding him. Now in
serious trouble and no longer safe in his Essex stomping ground, Turpin fled north. He was never to
see his home county again.

Settling in York, Turpin created the alias ‘John Palmer’ and supported himself the only way he knew
how – through crime. As well as the occasional highway robbery, he also reverted back to poaching
livestock and selling it on, but if his life of crime had shown anything until this point it is that Turpin
was not only a criminal, but also criminally incompetent. One day he was returning home frustrated
after failing to secure any livestock and shot his landlord’s rooster. When the landlord confronted
him about this, Turpin threatened to kill him as well and was subsequently arrested. Suspicious that
a man with no known employment was able to maintain a relatively comfortable lifestyle, the
authorities in York looked more closely at ‘Mr Palmer’ and discovered that there had been numerous
complaints against him from local farmers whose livestock he had stolen. As aforementioned, this
alone was a crime punishable by death at the time, but Turpin was about to put the final nail in his
own coffin. Desperate to escape his fate, he wrote a letter to his brother back in Essex begging him
to act as a character witness on his behalf and get him off the hook. Unfortunately for Turpin, his
brother did not want to pay the postage due that was placed on correspondence in England at the
time, and returned the letter to the Post Office where Turpin’s old schoolmaster claimed to
recognise the handwriting on the letter. More likely, the schoolmaster had recognised Turpin’s
brother returning the letter to the post office, read the letter, put the pieces together and then thought about the large bounty that was still on Turpin’s head. In any case, the schoolmaster was
sent to York to make a positive identification and duly notified the authorities that the petty thief
John Palmer was in fact the notorious thug, murderer and highwayman Dick Turpin of Essex. Turpin
was sentenced to death, despite pleas from his father.

Whilst awaiting execution, Turpin received frequent visitors to his prison cell and was able to use his
remaining funds to purchase expensive new clothes and shoes and hire five mourners. On the
morning of 7th April 1739, Turpin and another condemned man stood on an open cart as it was taken
through York, with Turpin bowing to the crowds. They were taken to York racecourse, bringing us
back to the beginning of this story. Having chatted to the guards for half an hour, a witness
described how he looked about and ‘with undaunted courage…threw himself off and expired in
about five minutes.’ In death, at least, he showed some of the swagger for which his life would
undeservingly be remembered.

Perhaps because of the brave way he had faced his death, Turpin was rehabilitated as a glamourous
character to much of the British population. This new status was sealed after Harrison Ainsworth’s
1834 novel Rookwood which described his fabled overnight journey from London to York on the
horse ‘Black Bess’, a journey which gave him a solid alibi for a crime he had committed in the capital;
with travel typically being so slow in Turpin’s time, there was no way he could have committed a
crime in London if he was spotted in York the following morning. Unfortunately for those who
adhere to the romantic view of Dick Turpin, this legendary journey was exactly that – legendary. It
was quite literally impossible for anyone to have travelled from London to York so quickly on
horseback, and Ainsworth’s story was probably derived from the real life journey of John ‘Swift Nick’
Nevison, a 17th Century highwayman who made a nearly 200 mile journey in around 15 hours to
secure himself an alibi for a robbery in Kent. In the 1980s Turpin was further glamourised in a British
TV series, and to this day anyone who has heard of him has probably only been exposed to these
romantic, but ultimately false, stories of a semi-heroic highwayman. Dick Turpin was indeed a
highwayman for a time, but was principally a thief, thug and murderer – and a fairly inept one at
that.