The Curious Death of Amy Robsart

A murder mystery that reaches right the heart of royalty, discover the thrilling story of the murder of Amy Robsart 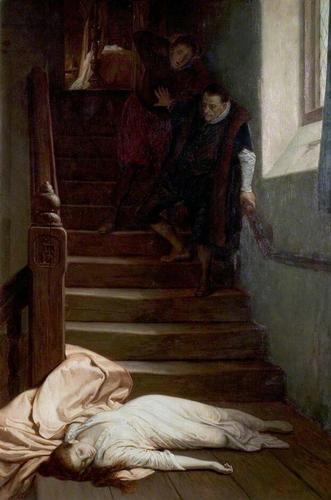 Sunday, 8th September 1560 had been an enjoyable day for the servants at Cumnor Place,
Oxfordshire. They had been given the day off by their mistress to enjoy a fair in nearby Abingdon,
and were returning in the late afternoon sun in good spirits, if a little worried about how agitated
their mistress had appeared as she sent them away that morning. Their anxiety was heightened as
they found the large house deathly quiet, and their anxiety soon turned to horror as they found their
mistress dead, lying at the bottom of a staircase.

Amy Robsart was only 28 years old at the time of her death, and was lying at the bottom of a staircase which was made up of only eight stairs. This was just the beginning of the mystery surrounding her death.

She was found with her neck broken and two deep wounds in the back of her head – not injuries which one may expect her to sustain if she had merely fallen down this small staircase.

The mystery deepened when the broken neck which her servants reported was omitted from the coroner’s report, and when her husband Robert Dudley started acting strangely after her death. 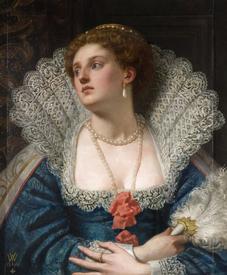 Whilst publicly expressing grief about the passing of his wife, he privately paid the owner of Cumnor Place 300 pounds (around £65,000 in today’s money), then gifted the jury foreman for the subsequent inquest a substantial amount of velvet (a priceless commodity in 16th century England) and asked him to select a jury of ‘discreet’ men.

Robert Dudley was not just any husband. He was a member of the English royal court who was widely rumoured to be having an affair with none other than the Queen, Elizabeth I. Although Dudley had a solid alibi for the murder, was it possible that he had organised for his wife to be killed? Was it possible that the Queen herself, at that time not committed to the ‘virgin’ status for which she would be remembered, had encouraged him to do so?

As it was, the gossip hinting at such a plan was enough for Elizabeth to be forced to cool her
relationship with Dudley for fear of the lurid rumours escalating to outright scandal. The extent to
which Dudley or the Queen were involved in the unfortunate Amy’s death is still unclear, but the
suspicious circumstances have been enough for the gossip which filled the elite circles of Tudor
society to persist through the centuries.

Amy Robsart was born on 4th June 1532, to a wealthy family in Norfolk. She was raised in her
mother’s family home and grew into a well-educated and firmly Protestant woman, making her an ideal match for the sons of other wealthy Protestant families. One such son was Robert Dudley, the handsome, tall and dashing son of the Duke of Northumberland, and the pair were introduced to each other when they were both 17 years old. Ten months later, on 1st June 1550, they were married. This being the landed class in 16th Century England, the marriage was certainly orchestrated by both of their families, but this is not to say that
the couple were not happy for a time. Rather, it had been a case of the couple genuinely falling in love and both families giving their approval after deciding that the match would be beneficial for their social status.

The newly married Dudleys lived in several country estates for the first few years of their marriage and were happy together for a time, but there was to be trouble in paradise before long. In July 1553, the young Protestant King Edward VI died without an heir, leaving a power vacuum and a deadly struggle in England – a
struggle which Robert’s family would lose. Robert’s father, the Duke of Northumberland and the late
King’s close advisor, had taken it upon himself to install Lady Jane Grey on the throne as the next
legitimate Protestant heir, and conveniently appoint himself to be her close advisor.

His plan was doomed from the start. Jane’s claim to the throne – through her great-grandfather Henry VII – was incredibly weak, especially compared with that of Edward’s Catholic half-sister, the eldest daughter
of Henry VIII, Princess Mary. Northumberland was jeered as he entered London, and within a month
found himself resting his head on the executioner’s block after Mary raised an army and forcibly
took the crown. Robert Dudley and his brother Lord Guildford Dudley, who was married to Lady Jane
Grey, were imprisoned in the Tower of London and sentenced to death.

In the end, Robert would leave the Tower with his head. While his
brother and the unfortunate Jane were beheaded in February 1554,
Robert was eventually released later that year.

He and Amy had remained close through his imprisonment – she was allowed to visit him regularly – but their future looked bleak; they were penniless, relying on favours from the Robsart family to keep them going, and still under the close watch of Mary’s government. The couple again bounced from house to house, but Robert’s luck was about to turn.

Dudley had been a childhood friend of Princess Elizabeth, the younger half-sister of Queen Mary, who herself lived through a turbulent few years under the Queen’s watchful eye. However, she was the next legitimate heir to the throne, and succeeded Mary after her death in 1558.

Upon her coronation, Elizabeth created a new post in the royal court, ‘the Master of the House’, and invited Dudley to fill it. This was a strange move in itself, but the privileges granted to this new post were even more bizarre: Dudley was to stay with the royal entourage at all times, was the only person allowed to physically touch the Queen, and was given bedchambers adjacent to the Queen’s.

There was an almost immediate chemistry between them, with the handsome Dudley charming the still young and beautiful Queen, who had not yet lost her fair skin and long ginger hair. The couple were not
discreet about their blossoming relationship, spending hours hunting alone together, openly flirting
in front of the court and visiting each other’s bedchambers. Rumours began to swirl, as shown by
the Count de Feria’s account after visiting England from Portugal:

“During the last few days, Lord Robert has come so much into favour that he does whatever he likes
with affairs. It is even said that Her Majesty visits him in his chamber every day and night. People talk
of this freely that they go so far as to say that his wife has a malady in one of her breasts, and that
the Queen is only waiting for her to die to marry Lord Robert.”

This account was supported by the Ambassador from Venice:

“My Lord Robert Dudley is … very intimate with Her Majesty. On this subject I … report the opinion of
many.”

Dudley was not completely happy in his new position – his plans to seek adventure in the new world
were forbidden by Elizabeth - but that could not change the fact that the couple had fallen in love.
The scandal was that Dudley was still a married man. Although Dudley did still visit Amy occasionally,
and she visit him, they were forbidden from being seen together in Elizabeth’s presence and
Elizabeth would repeatedly demand that Dudley say he ‘did nothing with her.’ The marriage was
becoming strained, and the unfortunate Amy spent an increasingly lonely life living in different country estates. In December 1559, she moved into Cumnor Place with rumours swirling that Dudley
was sending her poison so that he would be free to marry the Queen.

Robert had become the second most powerful person in England, but his star was about to fall. On
the morning of 8th September 1560, Amy appeared agitated to her servants as she sent them away
to the fair at Abingdon, becoming angry at those who suggested that they might stay with her. When
they returned that evening they found her lifeless body at the bottom of the stairs, and raised the
alarm. Dudley was quickly informed of his wife’s death and immediately sent dispatches to the
house demanding that the circumstances of her death be investigated.

The subsequent investigation led to a verdict of accidental death, or ‘death by misfortune.’ The matter being officially closed, Dudley had his wife buried in a lavish ceremony, and retired for six months of official mourning at his house in Kew. However, the mysterious circumstances of her death and the fact that it appeared all too convenient for Dudley meant that rumours would plague his reputation for the rest of his life. This, along with his private actions after Amy’s death – the aforementioned mysterious payments
and potential jury-rigging – meant that Elizabeth was forced to distance herself from him, and that
debate about his involvement in his wife’s death persist to this day.

While there is obvious suspicion about whether Dudley arranged for his wife to be murdered, other
theories have also been put forward. One such theory is that Amy’s murder was organised by
Dudley’s enemies, who knew that her death would arouse such great suspicion that Elizabeth would
be forced to distance herself from him. Indeed, Elizabeth’s chief spy William Cecil was known to
resent Dudley for the influence he held over the Queen, and it would not have been beyond him to
arrange Amy’s death in this way. Other theories hint that Elizabeth herself organised the murder,
although this sounds far-fetched given her general reluctance to make rash decisions during her
reign.

The most generous theories suggest that Amy’s death was self-inflicted, either by suicide or an
accidental fall. Amy was indeed depressed at the time of her death; as if competing with the most
powerful woman in the country for the attentions of her adulterous husband was not enough, Amy
was also convinced she was terminally ill after discovering a cyst on her breast.

However, throwing oneself down a flight of stairs is almost certainly not the way someone would attempt suicide, as there would have been no guarantee of death. This is especially true given that the staircase where she was found only had 8 steps. It is for this reason also that an accident could also probably be ruled out, given that the injuries she sustained – a broken neck and two deeps cuts to her head – were not consistent with a fall down a short flight of steps. The mystery is further deepened when one considers Amy’s state of mind that morning - Why was she so anxious for her servants to leave her alone that day? Was she expecting a visitor? 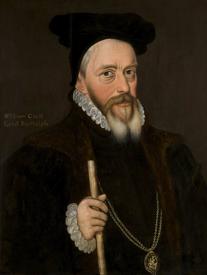 Amy was probably murdered, but by whom remains an open question. Dudley and Elizabeth did indeed have a motive for her to die, but as two intelligent people must surely have known that the scandal Amy’s death would cause would have been counter-productive to their relationship.

Dudley’s actions after her death may be suspicious but could also be explained by the fact that he was desperate to avoid being implicated and thought that gifts and jury-rigging could swing an otherwise unsympathetic hearing in his favour.

In the final analysis, given the fact that Amy’s death effectively ended Dudley and Elizabeth’s relationship, it must be considered that it was probably orchestrated by Dudley’s enemies at court – especially the cunning spymaster Cecil. Dudley not only lost a wife but also a lover and all his power and influence on that fateful late summer’s day, giving his enemies exactly the result they wanted.