Even if you don't manage to get abroad this year, you can still get your history fix on these interesting and ancient islands. 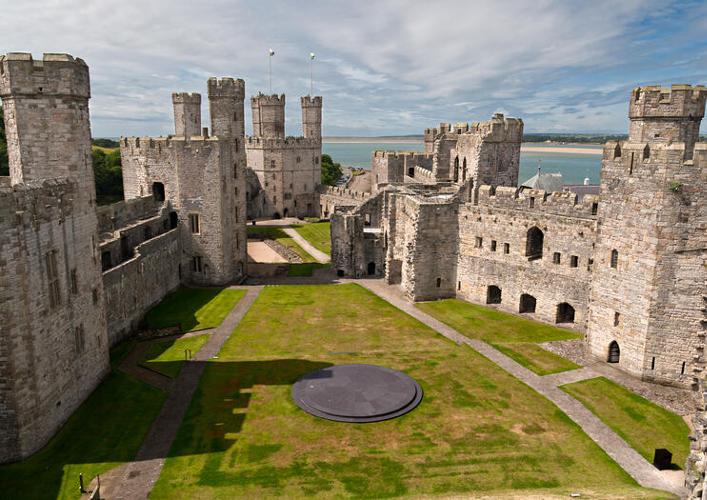 Worried that you might not be able to go abroad this year? Thinking that booking a flight to Europe is just too risky? Annoyed that you didn’t take enough advantage of all the UK has to offer last year?

I suspect that many of you will have answered a worried ‘Yes!’ to those questions, but fear not! You don’t need to travel abroad to get your history fix; if you’re in the UK, you’re blessed to live in a country with plenty of history of its own. In this piece, I have compiled a list of five of the best historical sites in the UK, that any history fan should try and see!

The Roman Baths in… Bath 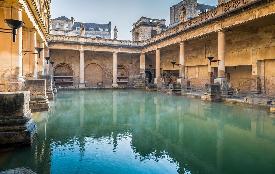 A lot of English towns have some bizarre names, but Bath is one of the more simple ones; being home to an ancient Roman Bath complex, it literally does exactly what it says on the tin!

The baths themselves are really impressive. Constructed around a thermal spring which still provides natural hot water, you can walk through buildings that have stood since the 1st century AD, on roads that the ancients walked on, and into the Temple of Minerva. Arguably it is like Britain’s own Pompeii, in the sense that you can walk through roads and buildings that have been near enough unchanged for two thousand years. If you’re anything like me, then that would be enough to make you giddy at the thought of visiting!

Outside of the baths themselves, Bath the town is absolutely stunning; a mixture of Roman, medieval and gorgeous Georgian architecture on the River Avon, in the middle of rolling English countryside. And iff you ever do run out of things to do there, then Stonehenge is not too far away! 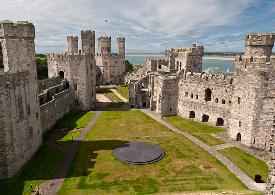 When Edward I of England was attempting to conquer Wales he embarked on a strategy of building huge, domineering castles that would serve as a constant reminder to the Welsh about just who was in charge. His castles were meant to be intimidating, but by happy coincidence some of them are also absolutely stunning!

Caernarfon was always meant to be the pinnacle. Standing just across from Anglesey in north-west Wales, Edward ensured his first son was born there in 1284, when work was only half complete. Its huge towers still dominate the skyline, with the impressive Eagle tower overlooking the waterways and harbour. The buildings on the interior of the castle are mostly long gone, but its exterior walls and towers still stand as they have done for over 700 years. Visiting Caernarfon is a must for any history buff, and if you visit on a sunny day the experience will be greatly enhanced.

There are also other castles very nearby – most notably in Conwy, where you can find another seriously impressive medieval castle in another picturesque coastal town. As you cruise around north Wales visiting these castles, you can thank King Edward and the plucky Welsh princes he sought to control. 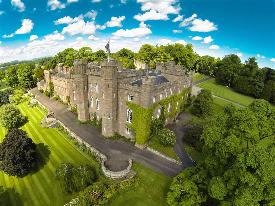 As any student of Scottish history will know, Scone was the original capital of Scotland, long before Edinburgh took that title, and Scottish kings were crowned there all the way until King Charles II in 1651 (nine years later he would be crowned Charles II of England as well). There are, of course, magnificent attractions in Edinburgh, but its Scone that takes my pick.

Nestled across the River Tay from the modern town of Perth, it was here that Robert the Bruce was declared King of the Scots, where James Edward Stuart waited for his son, Bonnie Prince Charlie, and where the sacred stone on which Scottish Kings were crowned once stood (it now resides in Edinburgh castle).

Scone Palace boasts the former site of that stone, as well as embroidery knitted by Mary, Queen of Scots, and, oddly enough, a desk that the French Queen Marie Antoinette used for writing. Coupled with its location among the idyllic Scottish countryside, Scone is an ideal destination for any history fan. Oh, and if all of that wasn’t enough, there’s also a maze on the palace grounds! 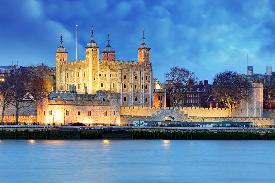 Okay, so this one is obvious. But there’s a reason for that – its absolutely brilliant!

Built in the 11th century after William the Conqueror earned his moniker and conquered England, the Tower has been at the centre of some of the most important moments in English and British history. It was here that some of the nation’s most infamous traitors were imprisoned, and where some of British history’s most well-known characters parted company with their heads.

Walking around the tower, there are plenty of things to see, including the ‘line of Kings’, where you can gaze at the armour of various Kings, including England’s most notorious King, Henry VIII. There are rooms that have been lovingly and carefully restored to their medieval appearance. You can explore the dungeon area and see how unfortunate prisoners were mercilessly tortured. If all that wasn’t enough, you can also have a look at the Crown Jewels!

The city has developed around it and skyscrapers are increasingly common in London, but the Tower has remained a constant for nearly a millennium. Indeed, it is one of the unique selling points of London as a city that a thousand-year-old building – and such an important one at that – can stand in the middle of a such a modern metropolis.

London isn’t popular these days and it is easy to slag it off, but any history fan should know that it is a city practically bursting with interesting sites, and the Tower is its most exciting offering. 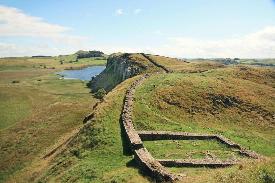 Another fairly obvious attraction, and another ancient Roman one at that. But I did not want to leave it out, because its very existence is incredibly interesting!

Named after the Emperor who ordered its construction, this was literally the frontier of the Roman Empire, the northern limit of the most fabulous and powerful force in the ancient world. They wanted to go further, but were unable to conquer the Picts of modern-day Scotland, and constructed the wall essentially to keep them at bay. It was another marvel of Roman engineering, stretching from coast to coast, from Bowness-on-Solway on the north-west coast of England, to the modern city of Newcastle on the north-east coast.

Just these basic facts are enough to make the wall worth seeing, but there are other attractions too. You can walk through ancient forts and mess halls, that once housed hundreds of Roman soldiers at a time. You can stand where those soldiers stood as they nervously gazed north looking for any signs of trouble. You can imagine how they felt, some of them many miles from home, standing at what was literally, as far as they were concerned, the edge of the world. The rugged terrain they looked across was the same as the terrain you will look across as you walk in the footsteps of ancient soldiers.

You can also walk through ancient fort towns, complete with market squares, workshops and temples, which have been carefully excavated and restored where possible. What was life like for the women and children of these towns? Would the threat of invasion have constantly been on their minds? Or could they manage to lead comfortable lives? There’s no better way of answering those questions than by visiting the towns for yourself!