How an Opera Started a Revolution...and Created a Country

A riot that began at an Opera house quickly spread across the local region. Within days, a revolution was in full swing. Within months, a whole new country was born 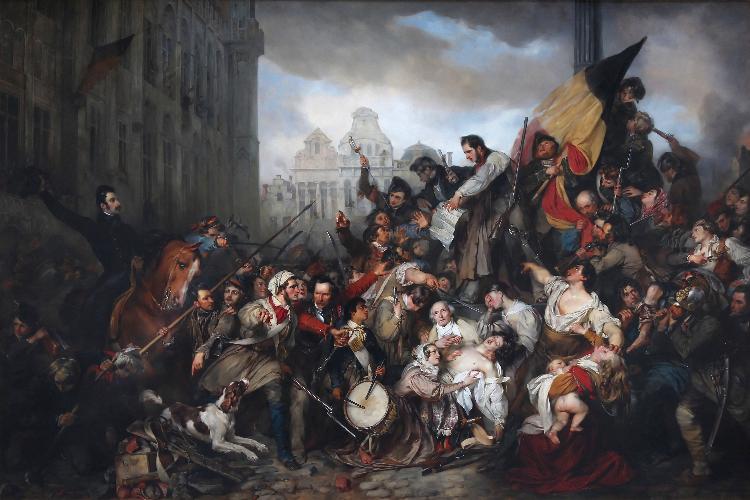 25th August 1830 was meant to be a day of celebration in the United Kingdom of the Netherlands. It had been just over 15 years since the congress of Vienna and Napoleon’s defeat at the Battle of Waterloo, events which had led to the nation’s birth and the installation of its King, William I. On this day, the 15th anniversary of his coronation, William had planned revelry and festivals up and down the land.

In Brussels, his government allowed the performance of a controversial opera. Daniel Auber’s La Muette de Portici contained songs of nationalist fervour and was linked to a revolution in France earlier that year. It was for this reason that its showing had initially been banned in the Netherlands, but – perhaps hoping that such a performance on this day of national celebration would encourage the ‘right’ kind of nationalism – authorities allowed the opera to premiere in Brussels.

The decision was spectacularly misjudged. Brussels was the main city of the southern Netherlands, which itself was a hotbed of anti-Dutch sentiment. Many of its people had been resentful about their place in the United Kingdom of the Netherlands, and were not particularly inclined to celebrate William’s anniversary.

The authorities were right in one sense – the opera performance that late summer’s evening would indeed provoke nationalist sentiment. Only, it was not of the type they had hoped to encourage.

Creation of a nation

The United Kingdom of the Netherlands was born out of the Congress of Vienna, a gathering of the leading European powers that attempted to carve Europe up for the post-Napoleonic age. As it turned out, Napoleon would actually make a dramatic return in 1815, but in June that year he was defeated for good at the Battle of Waterloo, and the new national boundaries that had been set in Vienna came into force.

In north-western Europe, this meant the creation of a new country. The United Kingdom of the Netherlands formed a political union between the Dutch Netherlands and a patchwork of states to its immediate south, which had been under the control of numerous different powers over the previous few centuries, including the Holy Roman Empire, and most recently the French. The new nation was formed for a variety of reasons – the King’s negotiations with Prussia not least among them – but on 25th August 1815 William was crowned and looked forward to a glorious reign. 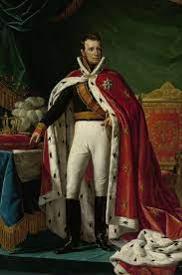 King William was not popular among his southern subjects (wikipedia)

The biggest problem with his new kingdom was demographics. While the northern Netherlands was predominantly populated by Dutch Protestants, the southern Netherlands was predominantly populated by French-speaking Catholics who resented the new Protestant King and his intrusions on their way of life. William enforced the use of Dutch as the language of all his kingdom and side-lined the Catholic church, leaving his southern subjects alienated and providing fertile ground for a separatist underground to thrive. With a nod to the ancient Roman name for the tribes of this part of Europe, Belgica, they called themselves the Belgians and agitated for independence from the Netherlands.

Although the southern Netherlands was home to an expanding middle class, the plight of the working class was not so rosy. A poor harvest over 1829-1830 meant that thousands of them were going hungry, and their anger was increasingly being directed at the aloof government in the north. Inspired by a revolution in France in early 1830, the momentum was with the Belgian separatist movement and the long hot summer left the tinder ready for a revolution of their own.

In this context it was strange that the authorities allowed such a controversial opera to go ahead – indeed, it had been linked to the French revolt earlier in the year. But go ahead it did, and within an hour the audience in the Brussels opera house had worked themselves up into a crescendo of nationalist fervour. As the fifth act began, some members of the audience interrupted the performance while others spilled out into the streets to whip up more support for their spontaneous riot. Before the night was out, Brussels had been taken over by the rebels and the authorities were forced to withdraw.

Within days, the revolution had spread to the other cities of the southern Netherlands, such as Ghent and Bruges. The region had become ungovernable, and the powers who had met in Vienna 15 years previously were forced to meet again in December. To King William’s dismay, they decided that the United Kingdom of the Netherlands would be no more; instead, there would be the Netherlands in the north, while the southern region would be recognised as a new independent nation – Belgium.

The Vienna powers had no intention of letting France have too much influence in Belgium, so one condition of the agreement was that Belgium’s new King would be from the German house of Saxe-Coburg. So it was that Leopold I of Saxe-Coburg was invited to become the first King of Belgium. His son, Leopold II, would leave a very dubious colonial legacy that would tarnish Belgium’s name.

In any case, the nation of Belgium was born, and it at least partly owed its existence to a very stirring opera performance, and the riot it inspired.

Like this article? Explore the blog for more great content, and DONATE HERE! The blog needs your help to keep going!

Copyright 2021 - The Ministry Of History