A Brief History of Presidential Inaugurations

On Wednesday, 20th January 2021, Joseph R Biden Jr. will be inaugurated as the 46th President of the United States. Which aspects of the day will be new, and which are dictated by tradition? 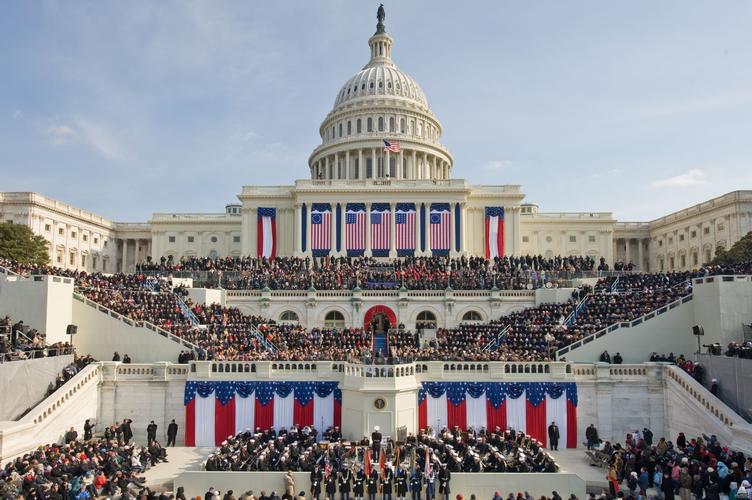 On 20th January 2021, Joseph R. Biden Jr. will be sworn in as the 46th President of the United States (despite the best efforts of the 45th President). By the time he is sworn in, it will have been well over two months since he was elected to that office – yet the patience he will have had to have shown is nothing compared to the patience some of his predecessors had to exhibit. So, why do President-elects have to wait so long before they take their oath? Has the ceremony always been held in Washington? Why are some inaugurations remembered more than others? With Covid interrupting our normal lives, you have time to read about things you didn’t realise you wanted to know; so, let’s delve slightly deeper into the history of presidential inaugurations.

The very first inauguration was, of course, George Washington’s inauguration. Now, the sharper among you may realise that he could not possibly have been inaugurated in the city that bears his name, as it had not yet been built. You may assume that he took his solemn oath in Philadelphia, capital of the United States during the revolutionary war and immediately before Washington DC took that title. But you would be wrong, because Washington was inaugurated during the five-year spell when New York City was the capital of the United States.

Washington’s inauguration was pretty amateur by today’s grand, immaculately choreographed standards. After he spent the morning praying, he was picked up by a military escort which shuffled its way through the crowds that had gathered near the city’s federal hall (round the corner from modern day Wall Street). It was around 2 o’clock in the afternoon by the time he took his oath, on the hall’s second floor balcony, and he dined alone that evening. There was a fireworks display after dinner, but this show of reverence was somewhat diluted when the immense crowds in New York City forced the first President of the United States to get out of his carriage and walk back to his modest home. There was no presidential motorcade to the White House in 1789. 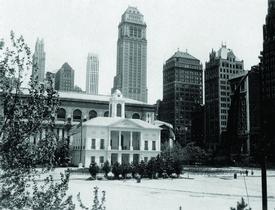 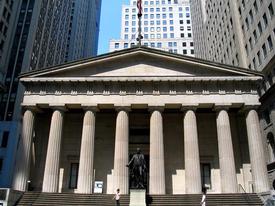 This first inauguration took place on Thursday, 30th April 1789. Quite late, but to be fair, this was an anomaly as there hadn’t really been an election – Washington was unanimously chosen as President by the electoral college, which had met over the previous couple of months. No one wanted to oppose George Washington in 1789 or 1792, so the first real election happened after Washington announced his retirement, in 1796. His vice-president, John Adams, pipped Thomas Jefferson to the ultimate prize. Adams would not have to wait as long as April before he was inaugurated, but still had to be patient until Saturday, 4th March 1797. Why all the waiting? Well, simply put, in an age before telephones and train travel, the whole process of holding an election and announcing the winner took absolutely ages. Indeed, there was no ‘election day’ to speak of, rather a few ‘election weeks’ over November and December of 1796. Combined with the fact that winter weather made travel by horse and carriage quite difficult, this drawn-out process meant that early March was simply the first feasible time the nation could pencil in for inaugurating its President. Despite huge advances in travel and communication technology over the next few decades, inauguration day would remain as 4th March (unless that day fell on a Sunday, in which case it would be Monday 5th March) until 1937.

Jefferson’s first inauguration was fairly bland – he walked to the capitol building, took the oath, gave a speech, then walked home. But, according to the White House History website, for his second inauguration in March 1805 he decided to travel back to the White House by horse, and a spontaneous gathering of people along the side of the street gave rise to the modern day presidential parade. Jefferson was heading back to the White House for an open house event where well-wishers could stop by to meet and greet the President. This was tradition until the 1880s, when President Grover Cleveland decided the crowds were too large. He replaced the tradition with an inspection of the military, which has remained part of inauguration day ever since. The inaugural citizen's receptions would be revived over a century later by President George H W Bush, albeit on a far smaller scale than the 19th century receptions. 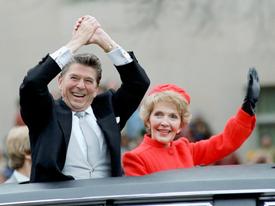 After Jefferson came James Madison, who started another new tradition in March 1809 – the inaugural ball. Madison attended an event organised in his honour in a hotel near the White House and held the first dance with his wife, Dolley. Presidents have attended such celebrations and danced with their wives on inauguration day ever since (with the exception of James Buchanan, the only ever bachelor President, and Franklin Roosevelt, whose polio made it impossible for him to dance).

These changes to inauguration day have reflected changes in technology and society, but there is one tradition from the very first inauguration that remains in place – the inaugural speech. Every President since Washington has delivered a speech after being sworn into office, and the stage has been exploited by several Presidents to deliver some of the most celebrated speeches in history. If you can work a clever line into your speech then you can be assured that it will be remembered, as Franklin Roosevelt (‘the only thing we have to fear is fear itself’), and John F Kennedy (‘ask not what your country can do for you’) could attest. 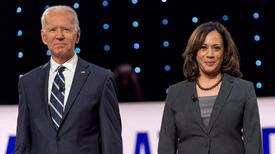