Labelling the current US-China relationship as a 'new cold war' is tempting, but is there not a better historical analogy we can draw? 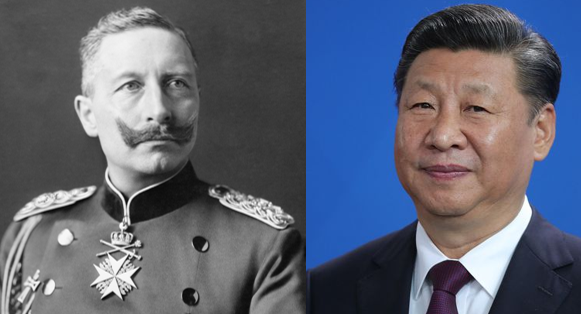 With rising tensions between the US and China, it is tempting to draw a very simple historical analogy. The cold war, which lasted roughly from 1945-1991 and saw the capitalist west, fronted by the United States, face off against the Communist east, fronted by the Soviet Union, has been revived – only this time, the eastern threat is fronted by communist China.

It is a sound enough analogy to make, not least because the United States would appear to play the exact same role in both cases, but I wonder if there is a better one. I wonder if the better analogy would be the tensions between Britain and Germany around the turn of the 20th century.

First, lets deal with the faults in the cold war analogy. China may be nominally ‘communist’, but can that label truly be prescribed to a nation which has embraced a large dose of capitalism to turbo-charge its economy?

To add to this, while it is true that the modern era sees two behemoth powers at odds in a similar way to the cold war, can the dynamics really be the same? The US and Soviet Union emerged from the second world war as the new great global powers almost at the same time, creating a far more equal dynamic than the one we see today between the established world power and its new challenger.

It is for this reason that we must look to the dawn of the 20th century, and to Britain and Germany, for a better comparison.

Just as the 20th century was the ‘American’ century, so the 19th century belonged to Britain. The British Empire covered much of the globe, the world traded on Britain’s terms, and her armed forces – particularly her navy – were near invincible. Though not yet a full democracy, Britain was nonetheless far more democratic than many of her rivals. In terms of dominating and influencing the world, Britain in 1900 was very much comparable to the modern US.

Not everyone was content with this Pax Britannica. Enter Germany. Only unified in 1871, she furiously modernised to become one of Europe’s leading powers at the turn of the century – and the closest challenger to Britain. Like modern China, Germany was militaristic and confident, and after being late to industrialise had belatedly reached a place where it could start to flex its Imperial muscles, antagonising the leading world power in the process.

As Andreas Kluth explains for Bloomberg, the late 19th century was a time of ‘rapid technological change and uneasy globalisation’, and by 1900 the two chief powers were a powerful democracy and an up-and-coming autocracy. Sound familiar?

Of course, the analogy cannot be perfect. Xi Jinping, the Chinese leader, is a far more shrewd operator than the insecure, impulsive German Kaiser, Wilhelm II. Without wishing to trivialise his many faults, I must confess that I find Wilhelm one of history’s funniest and most pathetic characters, but not because he meant to be. Bombastic, immature, and almost certainly mentally unstable, Wilhelm alienated potential allies and is actually more easily compared to Donald Trump than any modern Chinese leader. In any case, although the country remained largely controlled by Wilhelm and his military high brass, Germany did have an elected parliament, or Reichstag, at the turn of the century, and universal male suffrage, which is obviously not comparable to modern China.

Still, the similarities are plain to see and they are continuing – China’s military expansion being comparable with Imperial Germany’s. In global geopolitical terms, 2021 is more 1901 than 1961. We can only hope that there is no repeat of 1914…

Like this article? Explore the blog for more great content, and DONATE HERE! The blog needs your help to keep going!

The Ministry of History is not an academic source. Our writers have read widely and are influenced by many books, journals and articles. For this piece in particular, a key reference has been: