The strangest year in living memory is coming to an end...but how unprecedented has it really been? 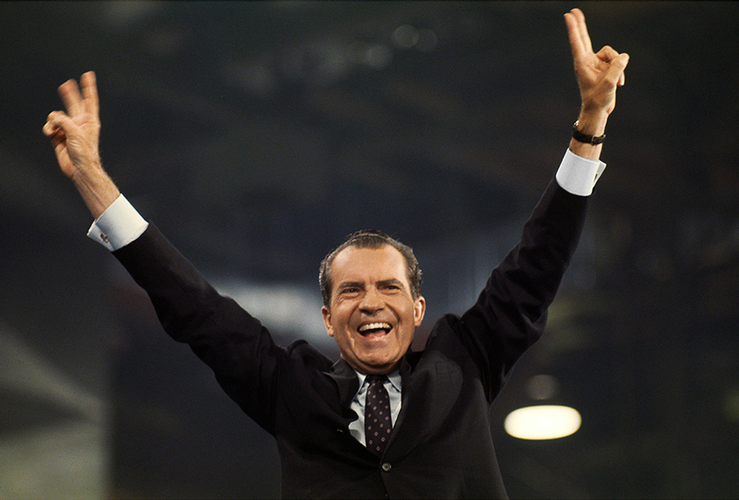 2020 has been a rough year. We already lived in a divided world as it dawned, but from protests to elections we have seen the world fractured even beyond what it was at the end of the highly divisive 2010s. Throw in a global pandemic, which rather than uniting humanity has caused mistrust, conspiracy and regional rivalry, and we’re in pretty bad shape. Historically bad shape. Its unprecedented.

But is it? Needless to say to anyone with even a passing interest in history, this isn’t the first tough year or era that humanity has endured. At the end of such a turbulent year, there is a temptation to look back and compare it with some of those other difficult and unsure times. But which is the best comparison to make?

The pandemic that has caused us so much pain originated in China, and it is apt to start with them – but not for that reason. Economists and historians have generally agreed for some time that China is the main rising superpower and that they will achieve global supremacy by the mid-21st century. Their rise is not relevant to this article in itself, but it is relevant when you consider who they are replacing.

The United States of America has been the predominant global power since at least the end of the second world war, and by most people’s reckoning since the end of the first world war or even the dawn of the 20th century. In 2020 the western world is still dominated by the US culturally, politically and economically. But cracks are starting to appear in this American empire. 2020 has seen violence in American streets, a woeful response to a pandemic and an arguably dictatorial president refusing to accept his loss in an election. There is an argument to be made that 2020 was merely the inevitable result of decades of decline in the US, that this unforgiving year has exposed the once all-conquering nation as a decaying empire.

Are there parallels to be made with another great empire? Rome, of course, dominated the western world once upon a time. Their cultural, political and economic influence was unmatched and spread from Africa in the south to Britain in the north, from Portugal in the west to Persia in the east. There are many reasons that the Roman empire fell, but among them was a collapse in infrastructure, the poor appropriation of resources by a corrupt political class, and several deadly plagues.

This makes for an interesting comparison with the United States. Though Donald Trump has been particularly outrageous and attention-grabbing, there are some who would argue that he has merely ripped the façade of respectability away, that America has been plagued by corruption and failing infrastructure for quite some time now. This case has merely been strengthened by the coronavirus pandemic.

It’s hard to tell whether or not 2020 was the year in which American decline was solidified or whether it will turn a corner, but there are comparisons to be made with the fall of the Roman empire in the early 5th century. China may not be the wild Germanic tribes tearing Roman cities apart, but they are looking like they will surpass the US soon.

Can the coronavirus be compared to the Black Death? Granted, it doesn’t cause horrible lumps to grow on its victims, and it hasn’t (so far) killed half of the world’s population. But there are some similarities. A strange new disease that thrives on close human contact, originating in China and racing across a world connected by trade routes. Panicking authorities imposing quarantines on travellers and isolation on infected people. Frightened people fleeing for the countryside if they can afford it, while others are forced to go to work.

Of course, huge advances in science between then and now have allowed us to better understand the disease and how to overcome it. The survival rate for coronavirus remains fairly high, and it has not been common in 2020 to see public demonstrations of self-torture to placate God’s anger. There are differences too in the economic impact of the diseases – it is generally thought that economic circumstances improved for anyone who survived the Black Death, because so many people had died that jobs were easy to find and wages increased. So, like any historical comparison, it is not wholly accurate.

But the similarities are undeniable. Ultimately, though disease has been common throughout history, the experience of an earth-shattering pandemic is something that the people of 1348 and 2020 share. 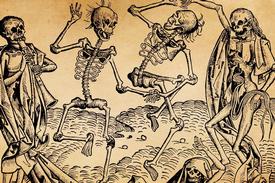 Can we compare the coronavirus to the Black Death?

1348 aside, I want to try and stay away from the easy comparisons between this year and other years when deadly diseases ravaged the world (sorry to disappoint, but you won’t find any 1919 Spanish flu comparison here). I also want to try and avoid making comparisons that are too British-centric, but I am unable to resist the comparison to 1534 and England’s break from Rome.

The drama surrounding trade negotiations has perhaps obscured the fact that the UK officially left the European Union this year, the culmination of years of political manoeuvring leaving Britain isolated from the continent. Similarly, 1534 saw a final break from Catholic Europe that had been a few years in the making. You think the ‘culture wars’ of 2020 are bad? Well, the reformation was the original British culture war. Reaching the masses through new technology, it forced people to take a side and caused bitter division between compatriots and families.

The fact that the break from Rome was orchestrated by shadowy political figures working behind their eye-catching, many-times-married leader makes the comparison even more compelling. Is Dominic Cummings a modern-day Thomas Cramner? Is Boris Johnson a modern-day Henry VIII? In a strange way, I think he might like the comparison.

Johnson won’t be going round lobbing his wives’ heads off, and the public fallout from Brexit hasn’t and won’t lead to torture and public executions. But there is an interesting parallel in there somewhere.

Although time is a human construct, there is something about the digits we allocate to the years we have constructed that makes some years feel different to the others, that makes them feel like a new beginning. This is particularly the case with the start of a new decade and, less frequently, a new century. Which brings us to the years 1800 and 2020. 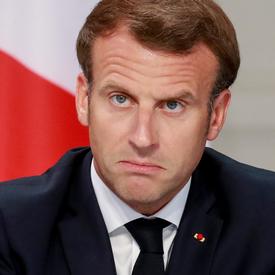 Okay, so this one is boring – everyone has made this comparison. But the reason for that is that the comparisons are quite compelling! Riots in American streets, backlashes against cultural changes, right-wing demagogues posing as ‘law and order’ candidates (whilst conveniently ignoring their own law-breaking) and appealing to a ‘silent majority’.  If you account for the fact that the US has been bogged down in middle eastern wars for the past decade or two, you could even add a Vietnam parallel to this comparison. 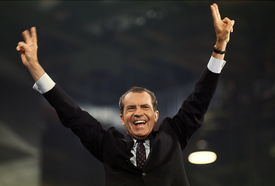 Of course, there are problems with this comparison. 2020 hasn’t seen high-profile assassinations in the way that 1968 did. The right-wing demagogue of 1968 was able to run successfully as an outsider, while his equivalent in 2020 was unsuccessful in his run as the incumbent. There is no 1968 equivalent of the pandemic.

But the similarities, the feeling of the year being a breaking point, a culmination of the changes and events of the previous few years, are hard to ignore. In truth, it will be impossible to tell the accuracy of this comparison until we reach a time when we can look back on what happened after 2020. Did the turmoil of 2020 lead to more of the same in the new decade? Come back to me in 2030…