Two Scottish brothers stalked the wild western frontiers at the end of the 18th century, slaughtering their victims not to survive or to gain financially, but for the pure thrill of it 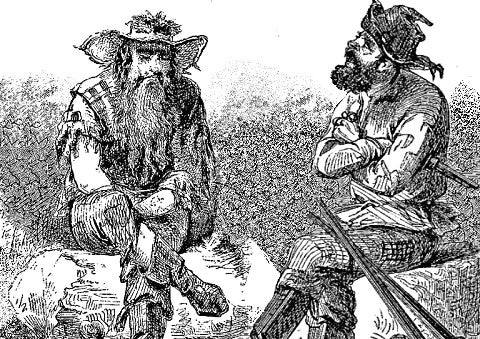 The western fringes of the young United States were lawless, dangerous places at the end of the 18th century, and one of the most dangerous spots was a large cave on the Ohio river near the Kentucky-Illinois border. The cave was populated by pirates, not of the swashbuckling kind who stalked the Caribbean earlier in the century, but of the petty, coarse variety, often using the women among them to trick unsuspecting travellers into slowing their boats and nearing the cave, where they would be attacked. They were some of the nastiest and toughest men and women around, but even they were appalled at the events they witnessed one day in 1799. Two brothers tied a man to a horse, blindfolded the horse and sent it charging down to the edge of a nearby cliff. The horse bolted, the man screamed, and both tumbled to their deaths. The brothers roared with laughter but the pirates who witnessed the event – nearly all of them murderers themselves – were horrified. They sent the brothers and their wives packing, warning them never to return. 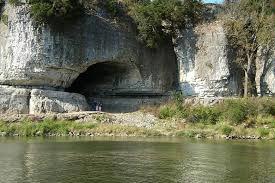 The Pirate hideout at Cave-in-Rock (atlasobscura.com)

That the men had so repelled a group of fearsome pirates would come as no surprise to anyone who knew who they were. They were the notorious Micajah and Wiley Harpe, and they had been subjecting people to vicious assaults for years. The era they operated in was far tougher than our own and on the brutal American western frontier death and violence was part of everyday life. But even in this context, the Harpe brothers stood out – killing not just for survival or for material gain, but out of pure bloodlust. They murdered people because it was what they loved doing, making them America’s first serial killers.

The Scotsman asserts that the two men were actually cousins who were born in the late 1750s in Scotland as Joshua and William Harper, the sons of brothers John and William Harper.. Their family emigrated to America when they were young, eventually settling in South Carolina. The Scotsman further details what appears to have been a life-defining moment for the young boys: being first-generation Scottish immigrants, the family were loyal to the British crown during the American revolutionary war, but this loyalty was punished by their American patriot neighbours, who hanged the Harper adults in an act of extra-judicial retribution. As well as orphaning the young cousins, the event set the tone for the rest of their violent lives.

Perhaps to distance themselves from their executed parents, Joshua and William Harper changed their names to Micajah and Wiley Harpe respectively (Micajah would also be given the nickname ‘Big’ Harpe, while Wiley would be known as ‘Little’ Harpe). Referring to an interview conducted in the early 19th century with an American Revolutionary commander named James Woods, Kara Goldfarb describes that the ‘Harpe brothers’ joined a band of men who were nominally loyal to the British crown but whose only real aim was to exploit the legal vacuum that had been created by the war and pillage and murder their way through the countryside. Indeed, Woods claims that Wiley Harpe was known to have raped three young girls in the area before he personally stopped him from committing a fourth rape.

Whether or not his account of the Harpe’s is wholly accurate, Captain Woods was certainly affected by them – his own daughter, Susan, was kidnapped by the men and later became Micajah Harpe’s wife. Soon after, Wiley Harpe got married as well, to Sarah Rice, a minister’s daughter. Their wives were just two of several women they either kidnapped or invited to join them on their grim adventures, and before long several babies had been added to the dysfunctional clan.

The details of the Harpe brothers’ lives thus far are fairly murky but, as Kara Goldfarb describes, by 1797 it is known they had ended up in Knoxville, Tennessee. We know this because there is a record of them being charged with the murder of a man who had accused them of stealing livestock. The man had been found in the Tennessee river showing what would become known as the hallmarks of a Harpe murder – his insides had been cut out and replaced with rocks in an attempt to stop the body from surfacing. But surface it did, and the Harpe clan were forced to flee. 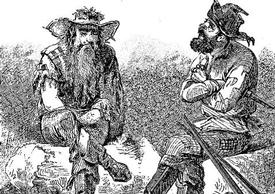 The Harpe brothers did not discriminate when choosing their victims (Scotsman.com)

Arriving in Kentucky, they murdered at least three more people but were quickly apprehended. It is important to note at this juncture that they rarely stole from their victims, unless they needed to. Rather, their motivations appear to have been pure bloodlust, a love for the hunt and killing of their prey. In any case, they refused to sit in their cell and await their fate, and made a successful escape from their Kentucky jailhouse in 1798. They left their women behind, but would not be separated from them for long – a sympathetic judge released the women, who duly searched for and found the Harpe men. Back together again, the clan mercilessly attacked anyone they came across and did not discriminate in their targets: it did not matter whether you were white or black, native or settler, man or woman, adult or child. Whoever you were, Big and Little Harpe were happy to murder you.

Illinois historian Jon Musgrave describes that the wild, rural surrounding they operated in and the lack of any legal authority in the area allowed the Harpe ‘brothers’ to operate with impunity. It was the same environment that allowed the pirates at the cave on the Ohio river to thrive, and the Harpe family stayed with them for a while before being banished for the heinous stunt detailed at the start of this piece. The murderous travellers rumbled on.

The end of the road

By the summer of 1799 the Governor of Illinois had declared that there would be a $300 reward for the men’s capture, and it was not hard to recognise them – Micajah Harpe was a large, burly man and Wiley was particularly thin with an unruly head of ginger hair. This may not have been enough to identify them individually but when anyone saw them together they knew exactly who they were looking at. Anyone, except a certain Mrs Stegall, who allowed the pair to stay in her isolated cabin in Kentucky. The pair killed her and her baby, but it would be a killing that finally proved one too many.

When Mr Stegall returned home to find his wife and child murdered, he quickly discovered that it was the Harpe brothers who had stayed at the house and organised a group of men to hunt them down. They found the murderous pair at the end of the summer, and ordered them to surrender. Naturally, no surrender occurred and in the ensuing firefight Micajah was wounded and Wiley escaped. Micajah was finished off with a tomahawk axe and Mr Stegall triumphantly beheaded him.

According to Musgrave, at this point the Harpe women were briefly arrested and then released and went in various directions – some returning to their families, some re-marrying, all taking their children with them. One mother, however, had lost a child – Micajah had killed one of his daughters in a fit of rage when she would not stop crying. As he lay wounded and surrounded by Stegall and his men, this was the only of his murders that he expressed remorse for. Meanwhile, Wiley Harpe stumbled back to the pirate hangout on the Ohio river, where he would remain for a few more years.

At some point in 1803, Wiley betrayed the pirate captain and tried to cash in on the reward that was on offer for him. However, authorities instantly recognised the wiry, ginger figure who was standing before them and arrested him. He was tried and hanged in February 1804.

The story ended how it was always destined to – with one Harpe killed while trying to evade capture, and the other Harpe meeting his end at the gallows. They never had any plan or aim to speak of – as Musgrave puts it, their only plan was ‘to stay alive as long as they could.’ But, though they did not plan it, they have ended up going down in history. They are generally recognised as America’s first serial killers, earning themselves a place at the start of a long and depraved list.

PODCAST - The podcast version of this story is now available on Apple and Spotify!

Like this article? Explore the blog for more great content, and donate here! We need your support to keep the blog going!

‘River Pirates’, episode from In Search of History series (1999)

‘The Harpe Brothers were America’s first and maybe most psychopathic serial killers’ article by Kara Goldfarb, published by allthatsinteresting.com (2018)