Everyone knows about St. Patrick's Day, but how much do you know about the man behind the myth? 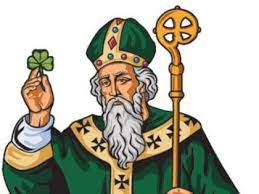 1) Patrick was a Roman Briton

And his name wasn’t Patrick. Details of his childhood are a little sketchy, but it is thought he was born in Wales, or at least on the Severn estuary, in around 385-390 AD. What is known is that he was born to a fairly wealthy Romano-Briton family, and that his name was originally Maewyn Succat.

When he was 16, he was captured by marauding Irish raiders who attacked his family’s estate (a fact which would further support the idea that he was from Wales or south-west England) and taken to Ireland as a slave. He worked as a shepherd, likely in what is now county Mayo, for six years before escaping back to Britain. He was reunited with his family and could have led a comfortable life, but he said that he felt God’s calling to become a priest and head back across the Irish sea. This is exactly what he did – within 10 or 15 years of his dramatic escape, he was back in the land where he had been a slave. He’d also given himself a new name: Patrick, or Padraig, to use the Irish Gaelic version.

2) Patrick did not drive the snakes from Ireland

That would be far more accurate. It’s no exaggeration to say that Patrick was the single biggest reason why Christianity spread across Ireland. There were a handful of Christians in Ireland before he began his mission, but his extensive travels across the island, preaching, explaining and baptising wherever he went, spread the Christian message so successfully that Ireland was forever changed. Patrick faced some perils along the way – some Irish people were not too comfortable with the idea of rejecting their Celtic gods and had him imprisoned – but he always managed to convince his captors of the importance of his message.

One of the main reasons for his success was that he married his Christian message with Irish culture. He was not condescending or dismissive of traditional beliefs; instead he was convinced that those beliefs –especially in the importance of nature – could be incorporated into his teachings.

The sun was a part of nature that the Irish people held in particularly high esteem, so Patrick created the symbol of a Christian cross joined together with the sun. This became known as the ‘Celtic cross’, and can still be found in churches, graveyards, town squares and tourist shops across Ireland, and indeed across the British Isles, to this day. 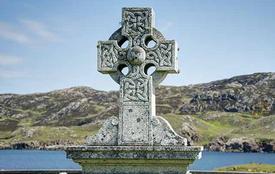 Well, not exactly – he obviously didn’t invent a plant. But he did ensure that the shamrock became an important Irish symbol. It is said that he used the three-leafed clover to explain the concept of Father, son and Holy Spirit being one to the Irish people, and it remains a cherished symbol in Ireland.

5) Patrick wrote his own autobiography

When he retired to modern day County Down, Patrick sat down to write a reflection on his life, which ended up being a form of autobiography or memoir. In his Confessio, we see a human side to the legendary saint, as he writes of his anguish at being torn from his family when he was a teenager, and his unconfined joy at being reunited with them. Even so, he acknowledges that it was his time in captivity that strengthened his faith and made him the man he became. He writes tenderly about the Irish people and his love for them, both pagan and Christian, but at the same time describes his love for Britain, which he still saw as his homeland.

Interestingly, he also writes disapprovingly of the increasing British encroachment in Ireland, and heavily criticises an English Lord who raided Ireland around the time he was writing. It seems that Patrick was not just a preacher, but a 5th century Republican!

The Ministry of History is not an academic source. I am well-versed in, and influenced by, numerous sources that I have read over the years. For this article, I must acknowledge the great help I have had from the following source:

‘St. Patrick – the most celebrated Welshman in America?’ article by Ben Johnson for Historic UK