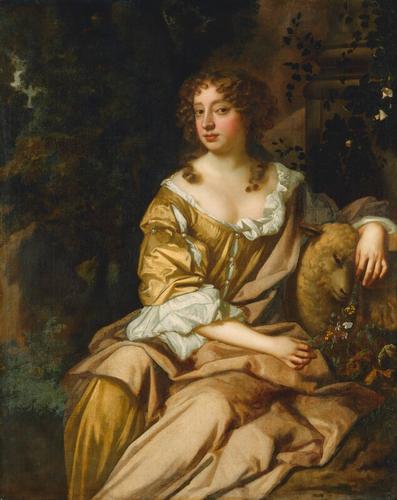 In the first week of February 1685, King Charles II lay on his deathbed in Whitehall, London. The 54-year-old ‘merry’ monarch had been as lively as ever just days previously, but had suffered a seizure and was in a sudden and permanent decline. Aware that he was about to die, he summoned the strength to call his brother to his bedside. Since Charles had no (legitimate) children, his younger brother James was his heir and the King had a simple request for him – don’t let ‘poor Nellie starve.’

As it happens, Charles seems to have been quite a busy man in his final few days – he is known to have welcomed a Catholic priest who had helped him escape a parliamentary army in the 1650s, and is even alleged to have converted to the old faith before he died. But just who was the ‘poor Nellie’ he had asked his brother and heir to look after?

‘Nellie’ was a former actress whose full name was Eleanor Gwyn. Beautiful, witty, and incredibly cheeky, she had been in many ways an ideal match for the fun-loving King. He became infatuated with her when he saw her perform and the two began a relationship when she was only 19.

Charles had many mistresses in his time and sired many illegitimate children, but Nellie had been the one he was most fond of. That a woman from a modest background had so confidently won the King of England over in the first place was incredible in itself, but that she could secure life-long benefits and support for herself and her children tells us much about the woman and the high esteem the King held her in.

Nell was a born and bred Londoner, entering this world in the city on 2nd February 1650. As with most common people of this time, details of her family and upbringing are a little sketchy. It is thought that her father fell into debt and died in a debtors’ prison, while her mother ran a tavern in Covent Garden. Young Nell helped her mother in the tavern and also ran a fruit stall in the area, but her real ambition was to be an actress.

In the mid-1660s she found a job as an orange seller at Drury Lane theatre, but she wouldn’t be in that job for long. She was confident, vivacious, and had an obvious talent for acting and owning the stage. Her enthralling character was accompanied by natural beauty; she was short and slim, with an eternal twinkle in her hazel eyes and a constant cheeky grin on her rosy-cheeked face. All of this combined to secure her a spot in some of the theatre’s biggest productions, as well as a spot in the bed of the theatre’s leading actor. 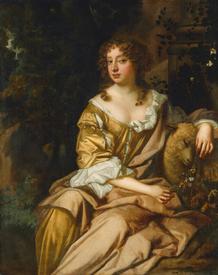 Nell performed in the rom-coms of her day – she wasn’t considered suitable for the serious drama productions – and was one of the most popular actresses in the city. So popular, in fact, that in 1669 she caught the (famously wandering) eye of the King himself.

Like many men, King Charles II found himself drawn to young Nell. Her other suitors soon made themselves scarce when he started pursuing her, and before long they were engaged in a passionate relationship. Nell called the monarch her ‘Charles the third’, because she had already slept with two men named Charles before him. It was an outrageous thing to say, but Charles absolutely loved it. Famously a jovial man himself – it wasn’t for nothing that he was nicknamed the ‘merry monarch’ – he found in ‘Nellie’ a kindred spirit and enjoyed their relationship. Of course, it wasn’t the only relationship he had – on top of being married, he had around ten other women he liked to spend some quality time with. 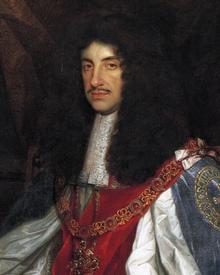 Nell never took another lover after her first encounter with Charles, in contrast not just with Charles but with most of his other mistresses, who slept with other noblemen as well as the King. This included Nell’s main rival for Charles’ affections, Lady Castlemaine, who Charles was once upset to find in ‘not a good position’ with the Duke of Marlborough.

Unfortunately for Nell, her relationship with the King came at the cost of her acting career. Her last performance at Drury Lane came in 1670, just after she had given birth to her and Charles’ first son (she had their second son a year later). Still, there was more than enough drama to keep her busy at Charles’ court, where she was loathed by his other, wealthier women. Lady Castlemaine and co. often teased her for being lower-class, but Nell would not hesitate to remind her rivals that it didn’t matter what circumstances they were born into; they were all the King’s mistresses now.

Nell may have been hated by some women at court, but she was adored by the public. There is one anecdote from when she was travelling through Oxford and mistaken for a Catholic woman who Charles was having an affair with (the King was quite ambiguous about his religious loyalties, and his wife and brother were Catholics). A crowd hurled objects at the carriage and screamed obscenities about the ‘Catholic whore.’ Without flinching, Nell got out of her carriage and proclaimed: ‘Good people, you are mistaken – I am the Protestant whore!’ The crowd cheered and applauded her, and the incident was just one example of her ability to win the favour with the people.

King Charles always made sure his illegitimate children and their mothers were looked after, and it was no different for Nell, who was granted a mansion in Chelsea and a generous pension. Unfortunately for Nell it would be here that her mother died, after drinking too much and falling into a pond in 1679.

Nell lived an extravagant life but was prudent about her and her sons’ futures, securing the titles of Duke and Baron for them. Tragically, her second son died at the age of only nine in 1680. Charles himself was devastated and arranged for an expensive funeral.

Then, at the start of 1685, Charles died quite suddenly at the age of 54. Aside from being heartbroken at the death of her partner (if we could call him that), Nell also stood to lose her livelihood. At one point, things did indeed look grim – the loss of her pension saw her spiral into debt and she was on the verge of bankruptcy. But the new King, James II, had heeded his older brother’s deathbed plea. A new pension was arranged for Nell and she saw out the rest of her days in comfort – ‘poor Nellie’ would never be left to starve.

It may have been interesting to see what would have become of Nell Gwyn after the events of 1688-89, when James was chased out of England for being a Catholic and his Protestant daughter, Mary, and her husband, William of Orange, were given the throne. Perhaps fortunately for Nell, she was already dead by this point. She was struck down with illness at the beginning of 1687 and died on 14th November that year, at the age of 37.

Nell Gwynn had lived a short but eventful life. Born into obscurity, she had won favour with the most powerful man in England with her magnetic personality and used her common touch to secure the adoration of the public. She had her enemies but had seen them off, and when she eventually met her end she could be comforted by the knowledge that she had improved her family’s circumstances staggeringly – for a poor girl from London to end up being mother to a Baron was no small feat.

I wrote this piece partly because I worked near an apartment block called ‘Nell Gwyn house’ in London for a while, prompting me to research the woman behind the name. There are other places in Britain named after her. Next time you see one, take a moment to think of the extraordinary woman with the glint in her hazel eyes.

Like this article? Explore the blog for more great content, and make a donation here - anything you can give would be gratefully received!

PODCAST - The Ministry of History is now running a podcast, available on apple, spotify and podchaser!