Mary Read and Anne Bonny - Female Pirates of the Caribbean

Before the golden age of piracy ended in 1720, there was just enough time for these two murderous women to stalk the seas around the Caribbean 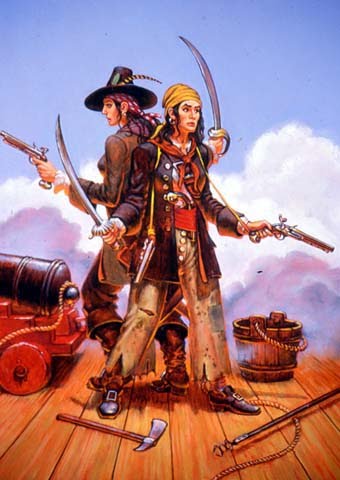 In the early 18th century merchant sailors around the Caribbean would set out to sea with a sense of dread. The area was notorious for its hurricanes and sometimes harsh seas. Temperatures could soar and make life on board a vessel positively miserable.

The area was also stalked by some of the most infamous pirates in history, pillaging commercial vessels and brutally suppressing any resistance they encountered. These murderous figures terrorised the area and when they were not at sea could be found spending their ill-gotten booty at bars and brothels in the many pirate-friendly settlements that had sprung up on Caribbean shorelines. Ask people today to name a pirate and they will almost certainly answer with some of the famous men who prowled the seas in this era; Edward ‘Blackbeard’ Teach, they may say, or perhaps Bartholomew ‘Black Bart’ Roberts. These men were certainly vicious and earned their infamy. But fewer people would be able to name Mary Read or Anne Bonny. These women were equally as ferocious as their male counterparts and were willing participants in numerous brutal and murderous acts. Just like male pirates, they were seduced by the glamourous and carefree lifestyle that being a pirate could afford them and fought viciously to preserve that lifestyle. They shunned the life of a typical 18th century woman in order to lead a life of adventure on the high seas, yet were willing to exploit societal views on gender when they needed to; when the law finally caught up with them, they both declared they were pregnant and as such did not join their male colleagues for a date with the hangman. They may have escaped the gallows, but the price they paid was fading into anonymity, in the rest of their lifetimes and in the annuls of history. 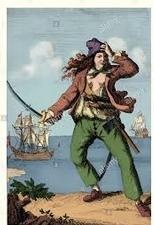 The ease with which Mary and Anne went against gender norms can be traced back to their peculiar childhoods – they were both effectively raised as boys. As Christopher Minster attests, Anne was born in Ireland in the late 1690s, the product of an affair between her father and his maid. Her father loved her dearly and wanted to bring her into his household but was aware that everyone in the town knew he had an illegitimate daughter, so had her dress as a boy and passed her off as the son of a distant relation.

Mary was also forced to dress as a boy to cover for a parent’s extra-marital activities. Born in around 1685 near London, she was the result of her mother’s affair with another man while her husband was at sea. When Mary was a baby her half-brother – her mother’s legitimate child – died, and her mother’s husband was declared lost at sea. In order to keep receiving maintenance payments from her in-laws, who had no idea about Mary’s birth, her mother dressed her as a boy and passed her off as her half-brother. Mary’s mother was the only member of the family who even knew she existed.

Dressed as a man, Mary joined the British army and was fighting in the Netherlands in the War of the Spanish Succession (1701-1714) when she met and fell in love with a Flemish soldier. She revealed her secret to him and the pair married, resigning from the army to run an inn together near the town of Breda. Tragically, her husband died young and Mary was forced to sell the inn and re-join the army. However, when the British government agreed a temporary peace she was out of work, and boarded a ship bound for the West Indies in search of new opportunities. She would not have to search for long, as an opportunity came her way before she had even reached her destination; the ship was boarded by pirates, and Mary Read decided that a long life of hard honest graft would not be the life for her. She was going to join the pirates.

Anne Bonny had a different route into piracy. Her father moved his family from Ireland to London and then to America in search of a better life. Now freed from the need to dress as a boy, Anne grew increasingly despondent as she realised that life as a woman would mean being expected to stay at home, caring for children and being subordinate to a husband. She grew into an attractive young woman, with long ginger hair and a pleasant face which hid a violent streak; she had been well-known for getting into scraps with other children and was even said to have stabbed another girl when she was 13. Desperate for a more fulfilling life than was available to most women at the time, she fell in love with a small-time criminal sailor called Jack Bonny. The couple married and ended up in the town of Nassau on New Providence island, a known haven for pirates and a hotbed of criminal activity. Exposed to the glamourous lifestyle and riches of the pirates who frequented the town, Anne grew restless and was disappointed with her husband’s lack of desire to be anything more than a petty low-life criminal. She started keeping company with other men and was eventually acquainted with a young, up and coming pirate captain, John ‘Calico Jack’ Rackham. A relationship blossomed between the ambitious young couple and Anne was set for the adventure she had always craved.

The two women crossed paths on Calico Jack’s ship. Read had been arrested by the Royal Navy in 1718 and rather than face justice had accepted the King’s pardon, issued that year in an attempt to coax pirates out of their criminality. Her stint on the right side of the law had been very brief and before long she found herself, still dressed as a man, on Jack’s ship being courted by Anne Bonny. Read had to reveal to Bonny that she too was a woman, but sources suggest that the pair of them had a fling anyway, encouraged by Calico Jack himself. Although they both dressed as men it would appear their real gender was an open secret; indeed, some of their victims who later testified against Jack’s crew in court claimed that they only dressed as men for battle, and were openly female the rest of the time. These victims also claimed that Read and Bonny were noticeably more bloodthirsty than their colleagues. One victim, Dorothy Thomas, testified at the trial that Read and Bonny made no secret of their desire to murder her in cold blood during her time as a prisoner on Jack’s ship. 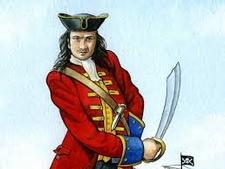 Through 1719 and most of 1720 Read and Bonny bulldozed through the Caribbean on Calico Jack’s ship, living the fast life of a pirate in what has been referred to as the ‘golden age of piracy’. The assessment of witnesses that the women were particularly bloodthirsty may be rooted in a bias against them for their gender. Here were two women who had abandoned traditional ideas about femininity and were engaging in what their contemporaries would have considered male pursuits: violence, hard-drinking and promiscuity. Male pirates were feared, pursued and brought to brutal justice but in accounts of Read and Bonny one gets the sense that they were considered particularly egregious because they were women. This should not afford them sympathy – they were still ruthless murderers after all – but it does serve to highlight the extraordinary nature of their lives. Both women got to experience the adventure they craved by grasping the opportunities that came their way and refusing to be held back by societal expectations.

In October 1720, the game was up – but not before a last act of courageous defiance by the women. Karen Abbott describes how, with their ship having been cornered and badly damaged by a pirate hunting ship on the coast of Jamaica, Read and Bonny carried on fighting while Calico Jack and the rest of the crew cowered below deck. They screamed at their colleagues to join them in the fight and even fired a shot into the hold, but eventually had to accept the inevitable and submit to arrest. While in prison awaiting trial, Bonny uttered the infamous line to Calico Jack: ‘I’m sorry to see you here, but if you had fought like a man, you need not have hanged like a dog.’

Bonny and Read were convicted at their trial and sentenced to death with their colleagues, but they would not hang. Instead, they both claimed to be pregnant, which automatically commuted their sentence to a prison term. It does seem a tad convenient that both women discovered they were pregnant at the very moment they were sentenced to hang, but both were subjected to a court-ordered examination and had their claims validated.

Mary Read would never taste freedom again. She developed a fever while in prison and died in early April 1721. The fate of her child is unknown.

Mary Read and Anne Bonny were some of the last pirates to stalk the Caribbean. Through the 1720s more stringent anti-piracy laws and the effective deployment of the British Navy meant that the days when pirates could roam the seas with impunity were gone. Perhaps because of their anonymous endings Read and Bonny are not as well remembered as some of the other fearsome pirates of their era. History has a way of rewarding a more prominent place to figures who died heroic or gruesome deaths, and neither Bonny nor Read suffered this. There is little point in trying to enlarge them in death beyond what they were in life. They were not heroes and they were not honourable women. But they were extraordinary. They decided that they would not accept a meagre role as a mother or a housewife and went out on their own accord to seize a wild lifestyle that was not open to most women of their time.

'How Anne Bonny and Mary Read changed the face of female piracy', article by Katie Serena, published by allthatsinteresting.com (2018)

'If there's a man among ye: The tale of pirate Queens Anne Bonny and Mary Read', article by Karen Abbott, published by smithsonianmag.com (2011)