The Controversy of John Brown

John Brown was hated and admired in equal measure for his militant campaigns against slavery in the mid-19th century. Donna Catapano (@Ms_Catapano) explains how, over 160 years since his execution, his name is still remembered - for good and for bad 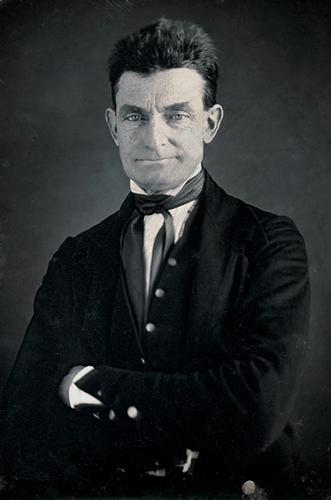 The country was divided in two, with the Union in the north and the future Confederacy in the south. The Fugitive Slave Act of 1850 made it law for runaway slaves to be forcibly returned to their owners, even in free states. In 1857, the Supreme Court made the very controversial Dred Scott v. Sanford ruling which concluded that slaves were not people, but property, thus making slavery federally legal.

However, the abolitionist movement was thriving. Abolitionists, who were people who fought to abolish or get rid of slavery, expressed their views in many different ways. Frederick Douglass, who was a former slave, used the education he received from his former owner (illegally) to fight for the cause, while Harriet Beecher Stowe used literature to add her voice to the abolitionist movement, penning Uncle Tom’s Cabin and Sojourner Truth, aiming to shed light on the horrific conditions and treatment faced by African-American slaves. 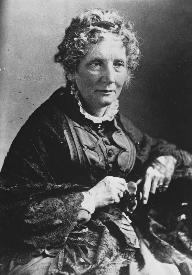 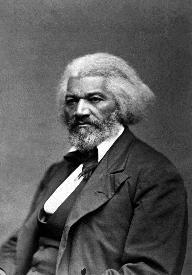 Enter John Brown. Born in Connecticut in 1800 to a strongly anti-slavery family, Brown spent his years supporting the cause in different ways, especially starting in 1837 when antislavery minister Elijah B. Lovejoy was murdered. He believed aggressive action needed to be taken toward ending slavery - he far from a pacifist.

In 1856, Brown was involved in an attack on pro-slavers with his two sons, an attack that resulted in five people dead and later became known as “Bleeding Kansas”. He made enemies in the future state, then only a US territory, and pro-slavers captured two of his sons and killed his third. If anything, this only made Brown more passionate for the cause. John Brown and his “militant-abolitionist” reputation continued on anyhow, as he toured the country and raised money and weaponry for the antislavery cause. 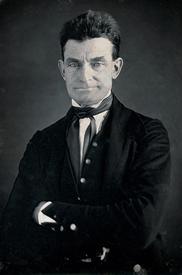 John Brown was a passionate, and militant, anti-slavery campaigner (wikipedia)

However, Brown might be more well-known for his raid on a military armoury in Harper’s Ferry, Virginia, on October 15, 1859. It was not the first of his raids; he had been leading raids to free enslaved people for quite some time. His goal in Harper’s Ferry was to seize the arms and ammunition in the federal arsenal, arm slaves in the area and move south along the Appalachian Mountains, attracting slaves to his cause. He did not have an escape route or a plan if things went wrong. After the arsenal was captured, local citizens and militia soon found them. This resulted in further altercation, killing ten people: two townsmen who came to stop him, and eight of Brown’s cohorts.

Soon after, Lieutenant Robert E. Lee, who would soon be a general in the Confederacy, marched from Washington, D.C. with his men and arrested Brown. He was tried for treason and quickly found guilty by the Virginia authorities on December 2nd. As a result, Brown was sentenced to death.

The controversy comes as a result of Brown’s death. Was Brown a martyr, or a criminal? That certainly depended on who you asked, and where you asked them. In the south, citizens were outraged by Brown’s actions. People were increasingly aware of Brown’s “fanatic” ways; between Bleeding Kansas, other raids he facilitated, and now this, they viewed Brown as a madman. Southerners were not going to sympathize with someone who destroyed their property and murdered two of their local men. Moreover, a majority of the south were pro-slave, and owned slaves themselves. The cause John Brown was fighting for was not necessarily a cause they were going to sympathize with.

However, the north was a different story. Increased calls for the abolition of slavery in the north made Brown not necessarily look like a fanatic or a madman, but a martyr. It made him look like someone who was benevolent to his fellow people; someone who wanted a complete ending to slavery. Letters and headlines across the north portrayed Brown as being admirable for arming slaves in an attempt at freedom. Even so, there were others in the north saw him as a treasonous criminal.

When Brown was hanged in 1859, it divided the north and south even further than before. It increasingly made the south so enraged that someone would, to this extent, tamper with their way of life. John Brown’s actions indirectly and soon led to the secession of the first state, South Carolina, when the anti-slavery Abraham Lincoln was elected president in 1860.

The bias of the raid on Harper’s Ferry and John Brown himself is a discussion that is seldom had today. Analysis of primary sources of the time show how John Brown has been viewed so differently throughout history. This event continues to prove how bias and perspective plays a critical role in not only history, but current events that we see today.

What do you think? Should John Brown be considered a martyr, or a criminal?

Donna Catapano is a secondary education teacher and author from Queens, New York. You can follow her on twitter @Ms_Catapano

PODCAST - Listen to Donna's interview for the Ministry of History podcast on apple and spotify!

Like this article? Explore the blog for more great content, and donate here! We need your help to keep the blog going!