John Andre - The Most Valiant Solider You've Never Heard Of 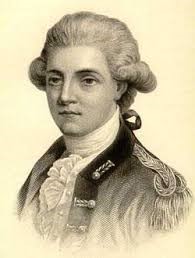 Among the opulent monuments and tombs of famous monarchs in Westminster Abbey lies a memorial to a little-known military officer named John Andre. A colourful character who was known for his fine tastes, Andre would no doubt be pleased that there exists a monument in his honour among such fabulous company, but would perhaps be less pleased if he knew that his is a story not particularly well known in the modern day.

Though not a royal or a nobleman, during his short life he shot to fame and left an indelible mark on the stories of both Britain and America. Operating in the murky world of espionage during the American Revolutionary war, he charmed his way into the bed of one of Philadelphia’s most prominent women and into the most fantastic coup of his career; organising the defection of America’s most notorious traitor, Benedict Arnold. Unfortunately for Andre, it was also the coup that would cost him his life. Caught as he tried to slip back to British lines after meeting with Arnold, he was condemned to death and to an eternity of being relatively unknown; just another spy who had the misfortune to be captured.

John Andre was born on 2nd May 1750 in London. His parents, though wealthy, were French Huguenots (Protestant refugees) and so did not have access to the elite circles of British society. Still, Andre was raised in luxury and was a ferociously intelligent student, showing a particular gift for languages.

He grew into a handsome man with locks of chestnut brown hair and a natural charisma that left a mark on everyone he encountered. Returning from university in Geneva in 1771, he joined the British army and was posted to Canada.

Caught up in the revolution

In late 1775 a militia of Americans raided the base where Andre was posted and he was taken prisoner, only to be released as part of an exchange the following year after the Americans had officially declared independence and, by extension, declared war on the British Empire. Back with the British army in New York, Andre impressed the British Commander-in-Chief, William Howe, with the detailed maps he had drawn of the land behind American lines while he was a prisoner. Andre left such an impression on Howe that he was promoted to the rank of Captain in January of 1777, a sure sign of his capability as such promotions were usually only handed to men with connections in the right places.

As a Captain in the British Army, John Andre had access to the elite social circles he had always aimed to be a part of, and wasted no time impressing the powerful guests who frequented the parties in New York City that year. He was known for his poems and artwork, and his easy charm and literary flair earned him many influential female admirers. 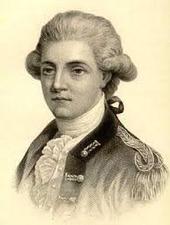 By August, the army was on the move, and Andre was part of the British force that landed on the coast of Maryland and marched into Philadelphia, the rebel capital. Andre spent the winter of 1777-1778 holed up in the city, regularly attending elite parties as he had done in New York. It was during this time that he caught the eye of one of Philadelphia’s most eligible young women, the beautiful 17-year-old Peggy Shippen. Shippen came from an influential family which had been divided by the outbreak of war: her father was a judge who held moderate British sympathies, but her elder sister had married an officer in the American continental army. Her own pro-British sympathies seemed to become apparent with her acquaintance with Andre, and it is widely rumoured that the attractive couple engaged in a relationship. These rumours are supported by the existence of a sketch Andre drew of Shippen, and by the fact that the two of them kept in regular contact after British troops were forced to evacuate Philadelphia in 1778. 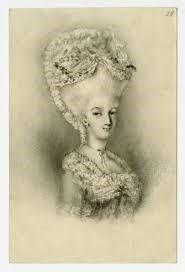 A sketch of Peggy Shippen, drawn by John Andre

When the continental army re-took Philadelphia in the summer of 1778, Shippen became acquainted with Benedict Arnold, an officer recovering from wounds he had received earlier in the year. Arnold was a widower with children and eventually proposed marriage to Shippen, which she accepted. A vain and vindictive man, Benedict Arnold perceived that he was not getting the credit he deserved for his efforts in the war. He had been involved in some of the continental army’s most significant victories thus far and felt that he was long overdue a promotion from a congress and a commander-in-chief, George Washington, who kept overlooking him. His resentment was only stoked by his new wife.

Meanwhile, John Andre had been promoted to the rank of Major and joined the staff of the new British commander-in-chief, Henry Clinton. Clinton was known for being an unapproachable man but, like everyone else, took an immediate liking to his charming young Major and placed Andre in charge of the British intelligence efforts in America. Though he was now in charge of a large spy network, he would not need to utilise it for his greatest coup. He would only have to write to his old amour, Peggy Shippen.

Henry Clinton was intent on capturing the American fort at West Point, an imposing compound which gave the rebels total control over the Hudson river. However, the fort was protected by forest and river and it would be near suicide to attempt to take it by force. But there would be no need for a military siege, Andre assured his commander. By now, the American commander of West Point was none other than Benedict Arnold, a man who Andre knew was resentful about his perceived mistreatment by the Americans. Andre wrote to Shippen and urged her to get her husband to correspond with him. Arnold wrote back to Andre, and before long the two of them had arranged for Arnold to defect to the British army and hand over the fort for a sum of £20,000.

It was an amazing feat, and all that remained was for Andre to visit Arnold at the fort to give him the money and take hold of top secret information about American military plans, including the minutes from George Washington’s most recent meeting with his top generals. The meeting took place successfully on 21st September 1780, and two days later Andre was close to the safety of the British lines when he was stopped by three American militiamen. For once, Andre’s charm and wit were not enough to re-assure the men he found himself talking to. Suspicious, the men searched Andre and found the incriminating documents in his boot. He had been caught red-handed.

The documents proving Arnold’s treason were brought to George Washington, who co-incidentally happened to be on his way to visit Arnold at West Point. Furious, Washington rushed to the fort, which he found totally unguarded with no sign of Benedict Arnold. He had already departed for the British lines.

Andre was given a trial but the documents he had in his possession were evidence enough to condemn him. He was sentenced to be hanged as a spy, despite his request to be given the more honourable sentence of death by firing squad. Several British officers in New York City offered to lead what would have been suicide missions to rescue Andre, and Henry Clinton sent numerous pleas to George Washington on Andre’s behalf. A reprieve nearly arrived when Washington offered to release him in exchange for Arnold, but the offer was reluctantly rejected. The British did not want to give the wrong impression to any other potential defectors.

Even in his final days, fully in the knowledge that he was about to die, Andre’s mesmeric charm did not desert him. He got on so well with his captors that even they professed their sadness at having to hang him, and George Washington himself was said to have expressed some sorrow at having to send the charismatic young Major to his death. But this was war, and the continental army could not appear lenient to spies who worked against them.

On the morning of 2nd October 1780, John Andre shaved and dressed in a new British uniform, which had been sent from New York City along with last minute pleas and threats from Henry Clinton in the hope that Andre’s life could be spared. It was to no avail, and at noon he walked to the gallows in Tappan, New York, in front of a crowd that included numerous weeping women. By all accounts he faced his death bravely, placing the noose around his own neck and declaring that ‘I must consider this hour as the most glorious of my life’ as he was dying in service of his country. He was only 30 years old when he died.

The outpouring of grief after his death is testament to the esteem in which he was held. Whole regiments of British troops in New York City died their plumes black and demands for revenge were splashed across pro-British newspapers. All this for a man who was not born into the nobility and who no one had heard of just a few years previously. Andre was romanticised because he represented the new breed of British soldier – promoted on merit – and because his career and personality had so perfectly encapsulated the revolutionary era; he was daring, romantic and intelligent, and always conducted himself honourably.

The memorial to John Andre in Westminster Abbey 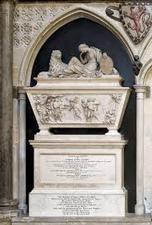 In 1821, long after the war had ended, his body was exhumed from its resting place on the banks of the Hudson river and sent back to London. The strands of his hair which remained were sent to his sisters, and on 28th November a funeral service was held for him in front of his monument in Westminster Abbey. So ended the tale of the most colourful and valiant British soldier you’ve never heard of.