In 1838 an unassuming young woman shot to fame for her heroics after a passenger ship was smashed to pieces off the north-eastern coast of England. 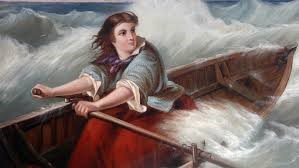 Nestled on the far north-eastern coast of England, mere miles from the Scottish border, lies the tiny village of Bamburgh. There is nothing special about the village, whose history is dwarfed by the nearby Lindisfarne island where the Vikings first landed in England, apart from one thing. In the graveyard of the village church lies the body of one of Victorian England’s most celebrated heroines.

Grace Darling had a short life, dying a month shy of her 27th birthday. It would have been a life lived totally anonymously in her little village, if events a mile offshore had not turned her into a sensation. During a violent storm early one morning she spotted a shipwreck from her father’s lighthouse and set out on a near suicidal mission to rescue the survivors. She rowed her modest boat through the ferocious sea and collected as many people as she could, all the while navigating the rocks that had smashed the steamship into pieces. She nearly died herself during the perilous journey across the unrelenting waves, but by the middle of the morning she had secured her place as national hero.

Shy and intensely private, Grace was not cut out for the media circus she was thrust into and tried to retreat back to the nondescript life she had enjoyed before the incident. Perhaps because of her refusal to cash in on her heroics, her fame ebbed away once she died and the years passed. But people in the modern day would do well to visit her unassuming Northumberland village, look out to the rocks just offshore, and picture her heroic mission.

Grace Darling was born in Bamburgh on 24th November 1815, the seventh of William and Thomasin Darling’s nine children. William Darling was a lighthouse keeper responsible for guiding passing ships past the Farne islands, a jagged collection of small islands lying about a mile from the coast of the mainland. By all accounts, Grace had a happy childhood, playing with her siblings in and around the lighthouse on Longstone island, the farthest island from the coast, while their father was on duty and being taught to read and write by her parents. As the seventh of nine siblings it was sometimes hard for Grace to be noticed and she developed into a reserved young woman, though her father could coax animated conversation from her when discussing their shared passions – history and geography. 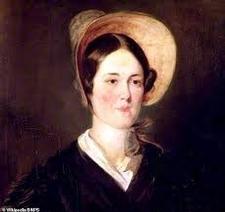 By the time Grace was 20 she was regularly helping her father during his shifts on watch and earnt a decent salary for doing so. She would also join him as he rowed around the islands to assist with any rescue or salvage missions he had to make, developing her own skills as a capable rower despite her diminutive 5’2 frame.

The area was notoriously dangerous for ships. A number of the Farne islands would disappear beneath the waves depending on the tide, and between 1740 and 1837 there were 42 shipwrecks recorded around the islands.

On 5th September 1838, the SS Forfarshire steamship set sail from Hull on the way to Dundee. Snaking up the eastern British coast with about 40 passengers and 23 crew, the ship’s boilers started to leak on the first night of the voyage, causing total engine failure by midnight on the night of the 6-7th September. To make matters worse, a fierce storm was brewing in the North Sea that night, leaving the ship drifting helplessly in the middle of the brutal waves. The captain of the ship spotted a lighthouse and, believing it to be the lighthouse nearest the coast, attempted to manoeuvre his vessel towards it using only a sail. However, he had actually spotted the Longstone lighthouse that was farthest out to sea, and therefore his hope that he was safely between the islands and the mainland was fatally misplaced. A large wave sent the ship crashing into an island known as Big Harcar, and the ship started to sink rapidly. The crew managed to launch one lifeboat, but within 15 minutes the waves had battered the ship against the rock so mercilessly that it split in two, sending everyone at the back of the ship to their watery graves. This left seven passengers and five crewmembers, who desperately hauled themselves onto the rocky island. 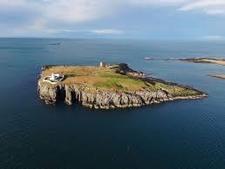 Grace Darling was with her father in the Longstone lighthouse that night and spotted the wreckage of the SS Forfarshire just before 5 O’clock in morning. She immediately retrieved her telescope and scanned the area for survivors, but it was too dark to see anyone. She raced to inform her father of what she had seen and the pair of them agreed that they would have to wait and see if daylight would reveal any people. Sure enough, when the sun rose around two hours later, the Darlings saw the 12 figures perched precariously on the rock.

Rescue efforts in the area would often involve steamships that were docked in the north Sunderland harbour – where Grace’s older brother was stationed – but the rocks made it impossible for a large boat to help with this particular mission. Grace and her father realised it would be left to them, with their tiny rowing boat, to attempt the rescue.

With the storm still howling, the pair of them ventured out into a sea where they were dwarfed by the huge waves and rowed nearly a mile to reach the desperate survivors. By the time they got there, three of the 12 had died from exposure, including two children. Their mother, Sarah Dawson, was still clinging to their bodies when she was rescued.

Realising they could not safely take everyone back to Longstone in one journey, it was decided that Ms Dawson – the only female survivor – and an injured male passenger would be rescued in the first journey, along with two Forfarshire crew members who could help row the boat. Grace and her mother tended to the woman and man upon their arrival back on Longstone, while William Darling and the two crew members went back for the remaining four men. It was just as the rescue mission was completed that a steamship appeared nearby, having been scrambled from north Sunderland when news of the wreckage reached the docks there. On board the steamship was none other than Grace Darling’s older brother, who was surprised to learn that it was his sister and father who had been the heroes of the hour.

In all, Grace and her father had rescued nine people. Along with the other nine survivors, who had managed to get on a lifeboat before the SS Forfarshire split in two, this totalled 18 survivors out of the 63 souls who had set sail from Hull. Of course, that still meant that well over half of the people on board had died, but Grace and her father had saved everyone they could. Further, it was the manner of the rescue that caught the public’s imagination. Here was a young woman, only 22-years-old, who had risked her life and taken to the stormy seas without a moments hesitation in order to save the lives of others. It has to be remembered that the society Grace lived in was highly gendered and her exploits were considered to have been uncommon for a woman. It was deemed rare for a woman to exhibit such heroism and as such the newspapers had a field day, splashing the stories of the valiant Northumberland woman across their pages for the public to feast their eyes on. The praise of her sometimes crept into wildly unfair criticism of her father, who was portrayed by some reporters as a coward who had to be urged into the rescue by his daughter. Grace Darling herself always refuted this, stressing that her father had been just as keen as her and that he had been involved in numerous rescue missions before this one. Fortunately, both father and daughter received official recognition and were rewarded the Royal National Lifeboat Institution’s silver medal for gallantry.

Darling’s story also resonated with the public as the newspapers attempted to portray her as an idealised version of an Englishwoman. Queen Victoria was barely a year into her reign and the press were keen to play on the idea of this being a new era, with Grace Darling being the pinnacle of what a Victorian woman should be. Indeed, in the absence of photographs (still a few years away from being mainstream) the newspapers created images of her as a pretty, blue-eyed woman with luscious blonde hair. In reality, Grace was more modest looking and had darker features. The ‘ideal Englishwoman’ attempts also conveniently disregarded the fact that Grace’s father William was in fact Scottish.

Any confusion caused by the false images of her in the newspapers was not enough to stop Grace’s normal life being totally uprooted. Visitors flocked from all over the country to catch a glimpse of her, she was constantly stopped in the streets around Bamburgh as people tried to talk to her, plays and songs were written about her and the press were unrelenting in their requests for interviews. Even Queen Victoria herself sent a reward of £50 – nearly a full year’s salary for Grace – which further ignited the media’s interest. All of this was incredibly unsettling for Grace, by nature a reserved woman who yearned for nothing more than a return to normalcy. Unfortunately, she would never get that return.  Towards the end of 1842, when she was still in the national spotlight, she developed tuberculosis and died on 20th October in her father’s arms at the age of 26. Though tuberculosis was a fairly common disease at the time, William Darling was adamant that the pressures which had been exerted on his daughter had hastened her demise, and he was not entirely happy when hundreds of mourners attended her funeral four days later. Grace was laid to rest in the graveyard at St. Aidan’s church in her beloved Bamburgh. Unlike many heroes throughout history, she had never desired to be anything more than a modest daughter of her village and her fade into anonymity after her death was exactly what she would have wanted. But her heroism one stormy night in 1838 ensured that, whether she liked it or not, she could never drift into total irrelevance.