Ching Shih - From Poverty to Pirate

Born into poverty and forced to work in a brothel, this formidable woman became the leader of the largest pirate fleet in the world, even bending the Emperor of China to her will 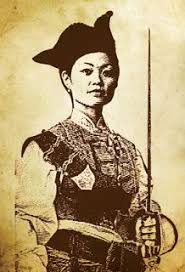 Readers of this website will be familiar with the idea of female pirates (check out our article on Mary Read and Anne Bonny!) but the tale of Ching Shih still stands out for being particularly impressive. Born into poverty and working as a prostitute on a ‘floating brothel’, her time on this earth could quite easily have been short and anonymous. But Ching Shih had higher ambitions for herself. Using her wit, charm and beauty, she managed to secure a marriage with a powerful pirate captain and never looked back, creating a formidable business empire with him and expanding even further after his death. She was so powerful that even the Emperor of China suffered two humiliating defeats to her forces and was forced to offer her a generous retirement, and her reputation for ruthlessly enforcing her will ensured that he was one of the only people who ever crossed her.

Very little is known about Ching Shih’s early life, except that she was born into poverty in around 1775 as Shil Xiang Gu (as History Daily explains, Ching Shih actually means ‘widow of Ching’, 'Ching' being a nickname for her first husband – more on him later). By 1801 she was working as a prostitute on a floating brothel (a brothel on a boat) in the Canton region of China, where she developed a reputation for being a great beauty and an engaging conversationalist. All the men wanted to spend their nights with her, and it was not long before she attracted the attention of one very powerful man indeed.

Zheng Yi (also known as Ching) was a formidable pirate captain who had plundered phenomenal wealth for himself and rivalled the Emperor of China for power and influence. He regarded Shil Xiang Gu as his favourite prostitute and eventually decided that he would make her his wife. Accounts vary as to how this actually happened: some say he proposed normally, others say he ordered her brothel raided and her to be brought back to him, and still others contend that it was she who proposed marriage to him. In any case, all accounts agree that Shil Xiang Gu negotiated a brilliant deal for herself before she married Zheng Yi. They would be equal partners, with her controlling half of his organisation and wealth and being afforded the opportunity to voice her opinion on business matters. It was a remarkable arrangement for a young woman of humble means to have negotiated, and it obviously shows how captivating she was. As such a powerful man Zheng Yi would have had no shortage of female attention, yet he was seemingly prepared to move heaven and earth for the sake of a young prostitute. Shil Xiang Gu had secured a huge degree of power for herself, and wasted no time taking advantage of it. 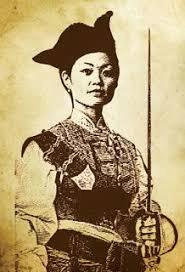 Shil Xiang Gu, as she was then known, showed phenomenal organisational skills as she expanded her pirate empire with her husband (pinterest)

The organisation rapidly expanded under the couple’s leadership. Ancient Origins attests that the number of ships they possessed increased from around 200 when they married in 1801 to well over 1,000 by 1810. Shil Xiang Gu showed particular skill in for organising the business effectively. Their fleet was colour-coded, with the main fleet flying red flags and therefore being labelled ‘the red flag fleet’, and they made alliances with less powerful pirate captains all around the Chinese coastlines. Their large presence was noted by several European powers who also had interests in the area, particularly Portugal, whose colonial possessions were raided by the organisation. But even they, with their superior weaponry and ships, were powerless to stop the remorseless expansion of the red flag fleet.

Shil Xiang Gu’s unstoppable rise came under threat in 1807, when her husband died. From this point on she would be known as Ching Shih, but the fairly insulting label which forever tied her to a dead man would not stop her from dominating every other man she came across. Indeed, one of her first moves when her husband died was to ensure that his protégé and adopted son (and, some sources suggest, his lover), Chang Paou, did not take control of the organisation. Instead of stepping aside as many expected her to do, she took Chang Paou as a lover and ensured that she would dominate their relationship and, by extension, the pirate fleet.

Ching Shih was a formidable ruler. She insisted on codes of conduct and simply killed anyone who did not adhere to them. The Way of Pirates describes how her pirates, or employees as it were, were banned from taking any action that she had not explicitly sanctioned, from taking any money she had not explicitly paid them and from hiding their plunder from her. These all seem like sensible rules for any organisation, and most of her pirates were sure to stick to them – the punishment for breaking any of these rules was death. Ching Shih also banned the rape of any female captives the fleet captured, and banned consensual sex with them to. Both these infractions would be punished by death. The only scenarios in which relationships between pirates and female captives were allowed was if the pirate promised to marry the captive and had the means to support a family.

The pirate empire did not stop at coastlines. Ching Shih would sail far inland through China’s large rivers, capturing unsuspecting towns and villages and demanding they pay her taxes. The punishment for non-compliance? I’m sure you can guess. Ching Shih was now more powerful than the Emperor of China, Jiaqing, and she proved it when she humiliated his forces not once, but twice, as he tried to exert his authority over her. He even called on the help of the Portuguese and British who, as per, were snooping around the area with interest. Ching Shih easily despatched everything that was thrown at her, but had the foresight to realise she could not hold out forever. By this time she was mother to a son with Chang Paou, and her grip on the vast fleet was gradually waning. Rather than allowing her influence to wane and meeting a grim end, she quit while she was ahead. She negotiated a deal with Emperor Jiaqing where she would be pardoned for her crimes, allowed to keep most of her wealth, and allowed to retire quietly. Jiaqing, who was hardly in a position to reject the deal at the time, accepted the terms. Still only in her mid-thirties, Ching Shih retired to Canton where she ran a gambling house with her the help of her son (Chang Paou died around the time of her deal with the Emperor). She died peacefully in 1844, at the age of around 69. 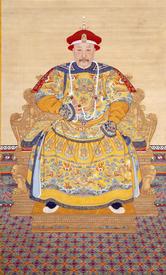 Ching Shih was so powerful that she defeated the Emperor of China, Jiaqing (wikipedia)

So ended the life of one of history’s most incredible women. Ching Shih’s was a rags to riches story, a story of a poor prostitute turned formidable pirate boss turned wealthy retiree. Her methods were brutal, but such was the world she operated in, and her respect for female captives and organisational instincts certainly put her up there with some of history’s more progressive crime bosses. Her life had been one of adventure, glamour and success. Not bad for a woman who had such humble origins.