The late 19th and early 20th Century saw the rise to prominence of numerous feminist heroes. But you'd be hard pushed to find many people who have heard of Amy Dillwyn, the Welsh industrialist and writer who defied the gender norms of her time every bit as much as her more famous contemporaries 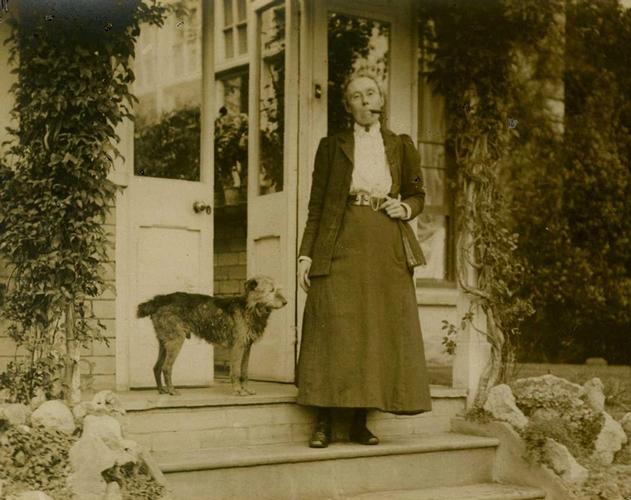 If I said the words ‘women’s suffrage movement’ to you, which historical figures come to mind? The Pankhursts? Millicent-Garrett Fawcett? Or perhaps, even Emily Davison? How about ‘female industrialist’? You’re probably thinking of Anne Lister, Gentleman Jack, right? These are the pioneering figures of female history who usually come to mind when we think of early feminism and progressive women. But there is one woman who is often forgotten about when we discuss influential female figures of the nineteenth and early twentieth centuries, and that is Amy Dillwyn.

Amy Dillwyn was born on 16th May 1845 in Swansea, South Wales, to the industrialist and Liberal MP Lewis Llewelyn Dillwyn, and his wife Elizabeth. The Dillwyn family were already known as a family of progressives, with Amy’s great-grandfather being the American anti-slavery campaigner William Dillwyn, and her extended family being some of the earliest photographers in Britain, most notably her aunt Mary Dillwyn being recognised as the earliest female photographer in Wales.

After the death of her father in 1892, Amy inherited Llansamlet spelter works. This was an unusual position for a woman to be in during the nineteenth century, Amy was entering the predominantly male world of business and industry, and it was rare for women to even be on the boards of committees let alone an industrialist! Amy recognised her unique position in Victorian society, and famously said “I am becoming a man of business”, highlighting how she was entering a masculine field. Despite the disadvantages Amy faced being a woman in a ‘man’s world’, she managed to transform the spelter works, which were in enormous debt, into the very profitable company Dillwyn & co. Whilst it might seem that Amy was breaking down barriers and making progress for women in business, her position as a woman meant she still faced significant hurdles and criticisms, with The Cambrian Daily Leader in 1903 stating that “Criticism of Miss Dillwyn is summed up in a single sentence. She is a woman, not a man”. 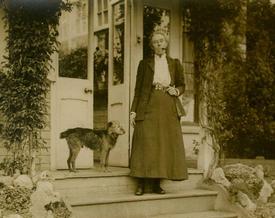 Amy Dillwyn came from a prominent and pioneering Welsh family

Coming from a very liberal and pioneering family, it may not be a surprise that Amy was very progressive in her personal life. She was the president of the Swansea branch of the National Union of Women’s Suffrage Societies (NUWSS) and a monetary donor for many other movements, such as protests over the wages of seamstresses.  Amy’s progressive attitudes and liberal political stance can be seen in her novels, many of which explored the lives of working-class people and criticised the ruling class. Amy’s novels also explored LGBTQ+ themes, with her novel Jill including lesbian characters. This is thought to be a reflection of Amy’s personal life, as her diaries revealed she was in love with Olive Talbot, the local daughter of a millionaire, who Amy referred to as her wife. 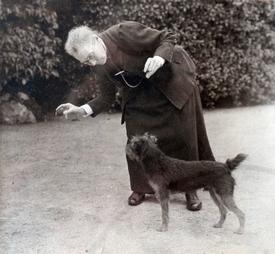 Amy Dillwyn pictured in one of her rare moments of leisure

Amy Dillwyn was defying gender expectations both in her work and her everyday life. Amy was known for disregarding typical Victorian conventions and having eccentric behaviour, most famously by smoking a cigar. At her father’s funeral in 1892, Amy furthered her rebellious reputation by refusing to conform to Victorian mourning customs. Instead of wearing the typical black crape which signified mourners, Amy wore a bright purple skirt with yellow flowers in her belt. This was extremely shocking to other mourners attending the funeral, who expected Amy to be dressed in dark and sombre clothing.

Amy Dillwyn was an inspiring woman who broke the conventions of the Victorian female ideal. She refused to be confined by her gender, and proved that women could be successful in the industrial and business worlds. Her activism helped to further the cause for women’s suffrage and her diaries and novels give an insight into her experiences as a lesbian woman during the Victorian and Edwardian eras –allowing us to learn more about LGBTQ+ history.