Whether you like the tabloid press or not, you have one man to thank more than any other for its very existence 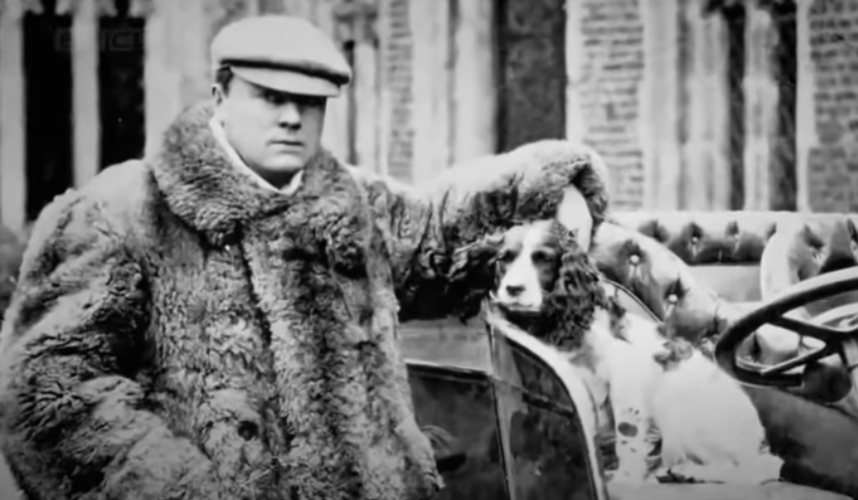 In the early 20th century, a new invention was on the rise in Britain – the tabloid press. Gone were the days of no photos, lengthy reports and details about parliamentary debates. In their place came lively pages, filled with images and scandalous stories. Politicians and celebrities in the modern day complain bitterly about the tabloid press and the harassment they can subject public figures to, and they may do well to remember that they have one man to blame more than anyone else – the man who coined the phrase ‘tabloid press’ in the first place, Alfred Harmsworth.

Alfred Harmsworth encapsulated the new Britain that was emerging out of the Victorian age and into the 20th century. He did not come from a wealthy background, but amassed a fortune through his unerring ability to know exactly what the public wanted to read about. He was resented by the traditional British establishment, but he understood how the nation was changing and how new audiences could be found. In a new age where, for the first time in history, nearly everyone could read, he disregarded conventional journalism and replaced it with sensation and gossip. He was responsible for The Daily Mail and The Daily Mirror, and saved The Times from bankruptcy, selling his publications by creating a perfect blend of excitement and controversy. He sent his journalists out with a memorable instruction: ‘the three things that are always news things are sex things, health things and money things.’ In no small part due to his influence, that remains true today.

Alfred was born on 15th July 1865 in Chapelizod, near Dublin, the eldest of 13 children born to Alfred Sr and Geraldine Harmsworth. When young Alfred was two his father moved the family to London, where he struggled to find work and was a failure in the employment he did find. As a result, though the family tried to keep up appearances as a well-to-do family they were severely strained financially, and Alfred Sr’s heavy drinking led to tension in the household. One shocking incident at some point in the 1870s encapsulates the struggle the family was surrounded by: their neighbour fell on hard times and killed his whole family before killing himself. It seems this must have been an event that spurred the young Alfred into making a success of himself.

Alfred attended school in Hampstead and showed an early talent for journalism, publishing a school magazine. He was also a talented footballer and cricketer in his youth. Having left school at 16 he became a freelance journalist and ended up editing a cycling magazine in 1886, a job during which he hired a rare female reporter, because he considered that expanding his audience among women would make him more money. Only in his early 20s, he was showing the attributes that would make him a huge success – knowing what people were interested in, not caring who his audience was, and possessing an eye for maximising his profit. 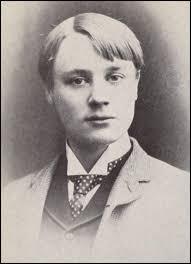 Answers to Correspondents and other early success

With the help of his brother Harold (born 1868), Alfred Harmsworth founded Answers to Correspondents, a magazine which promised to answer any general questions sent in by their audience. The brothers were forced to write their own questions to begin with but gradually made the magazine a phenomenal success, selecting only the most outlandish questions they received and running regular competitions for their readers. By 1893 they were selling over a million copies a week and earning a fortune, but they were not content to rest on their laurels and invested some of their wealth in new ventures. 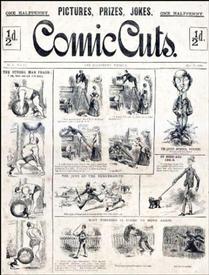 In 1890 the brothers founded a magazine named Comic Cuts, which aimed to, as the tagline promised, ‘be amusing without being vulgar.’ This earned them popularity among mothers buying reading material for their sons, which led to them producing more material for young boys and targeting an emerging female market with the magazine Forget Me Not, founded in 1891. This would become the most successful of their wildly successful publications, which all followed the same general formula – entertaining substance dotted with numerous images and sold at a very affordable rate. It was the formula that Harmsworth would carry over into the newspaper industry.

In 1894, Harmsworth bought the London Evening News, a newspaper which had fallen on desperately hard times and was nearing total failure. He completely transformed the newspaper’s fortunes, replacing its dull and dreary stories with short, interesting ones and selling advertising space to make more money. By 1896, the London Evening News was the best-selling newspaper in the world. He repeated the feat in Scotland, purchasing a newspaper in Glasgow and merging two newspapers in Edinburgh to form the Edinburgh Daily Record. He labelled his newspapers as ‘penny newspapers for half a penny’, again showing his desire to appeal to the masses and turn over huge profits through sheer volume of sales.

Now approaching his thirties, Harmsworth was a handsome man with a generous flop of golden hair and an eternal twinkle in his eye. He was a supremely engaging character, with acquaintances describing how he was always brimming with energy and how he could barely sit still or focus on one subject for an extended period of time. By now he was married, to Mary Milner, and would remain married to her for the rest of his life. The couple did not have any children.

Again with the help of his brother Harold, on 4th May 1896 Alfred launched The Daily Mail newspaper. He stuck to his usual formula of interesting stories and lots of photographs, and added to it with sections dedicated to cookery, new inventions and fashion, and was one of the first newspaper editors to introduce a dedicated sports section. He also conceived of the idea of a catch-all banner headline that was splashed across the front page, and took full advantage of new technologies that allowed his newspaper to be mass produced at an incredible rate. The results were astounding, and by the end of the century The Daily Mail was the most widely circulated newspaper in the country, and at some points in that period the most widely circulated in the world.

Alfred Harmsworth knew his audience. His was a newspaper for the newly literate masses, who were becoming steadily more prosperous and concerned with material goods, who loved gossip and sensationalised stories, who were patriotic and supportive of the British Empire, and who liked the occasional story about the misfortunes of foreigners. He made no secret of his support for the Conservative party, even standing for election as a Conservative candidate Portsmouth in 1895. He was defeated, but not downhearted, stating that occasional defeats are good for one’s development.

He continued to be involved in Conservative politics and was a great supporter of Birmingham MP Joseph Chamberlain, working with him to inflict merciless attacks on Liberal party politicians. One such politician was David Lloyd George, whose opposition to the Boer War in 1899 earned him much publicity but also led to an intense rivalry with Chamberlain. Harmsworth, who staunchly supported the war, printed numerous derogatory stories about Lloyd George. He also secretly demanded titles from Conservative Prime Ministers in the era in return for the support of his media empire. In 1904 he was named Baron Northcliffe, and in 1905 his title was upgraded to Lord Northcliffe. 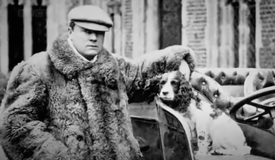 Other newspapers and World War One

Always keen to expand, in 1903 Alfred Harmsworth founded The Daily Mirror. Unlike his other ventures, the Mirror was initially a flop but its fortunes were turned around in April 1904, when it published images of King Edward VII and his family. Suddenly, the Mirror joined the Mail as one of the most widely circulated newspapers in the land. In 1905 Harmsworth bought the struggling Observer and turned its fortunes around, doing the same for The Times and The Sunday Times in 1908.

In the 1900s Harmsworth became increasingly worried about Germany. He speculated that war was inevitable and that Britain may be vulnerable to Germany’s industrial might. He even instigated a bizarre publicity stunt in March 1906 which involved hiring men to dress in German-style military uniforms and wade through London during the morning rush hour. He was derided as a war-monger, but it would not be long before his predictions were proved awfully correct.

For the first years of the war Harmsworth cast himself as a protector of British troops, using his newspapers to castigate the government for sending them to war without proper equipment and munitions. This was still an age where authority was generally respected, but Harmsworth was having none of it, launching a brutal attack on the popular Lord Horatio Kitchener for causing thousands of unnecessary deaths. In a strange turn of events, he allied himself with one of his old favourite targets, David Lloyd George, who by now was one of the most powerful figures in Westminster. He campaigned for a dedicated munitions ministry and for Lloyd George to head it, and commissioned an infamous front page on The Daily Mail on 9th December 1916, which pictured Prime Minister Herbert Asquith and several cabinet members including Winston Churchill, with the accompanying caption ‘The Passing of Failures.’ Asquith resigned soon after and Harmsworth threw his support behind Lloyd George becoming Prime Minister, ensuring he received positive press despite one or two shaky moments early on in his premiership. 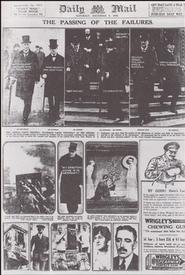 Once Lloyd George was in office he offered Harmsworth a cabinet position, but this was declined. Instead, he concentrated his efforts on producing pro-British propaganda, distributing over 4 million leaflets behind German lines. Throughout 1918 he began to fall out with Lloyd George again, who was disappointed at his attacks on several British generals. Lloyd George asked Harmsworth to cease the attacks, because he intended to dismiss the generals anyway but would lose credibility if it appeared he had only done so because of a media campaign, but Harmsworth was unrelenting. For his part, Harmsworth did not think Lloyd George did enough to win the propaganda war with Germany around the time of the armistice and was incensed at the Treaty of Versailles in 1919, which he considered far too soft on Germany. He even demanded that the German Kaiser, Wilhelm II, be put on trial in London and hanged.

After the war Harmsworth devoted much of his coverage to new technologies, taking a particular interest in the development of Radio and other wireless services. In 1921 he became gravely ill, having developed streptococcus, a bloodstream infection that leads to heart and kidney problems. He died 14th August 1922, at the age of 57.

In any discussion of figures who have influenced the world we live in today, Alfred Harmsworth must surely be up there as one of the most important. As Britain entered a new century he showed that it would be a century where one did not have to be from inherited wealth or have establishment connections to be wildly successful. He revolutionised the newspaper industry and the changes he effected are still widely in place today. He knew what sold and how to sell it, and had no qualms about how many people he offended in the process. He was a true and unashamed son of late imperial Britain.

'The Making of Modern Britain', Episode One, written and presented by Andrew Marr, published by the BBC (2009)